Mir was facing opposition from loyalists of Ghulam Nabi Azad 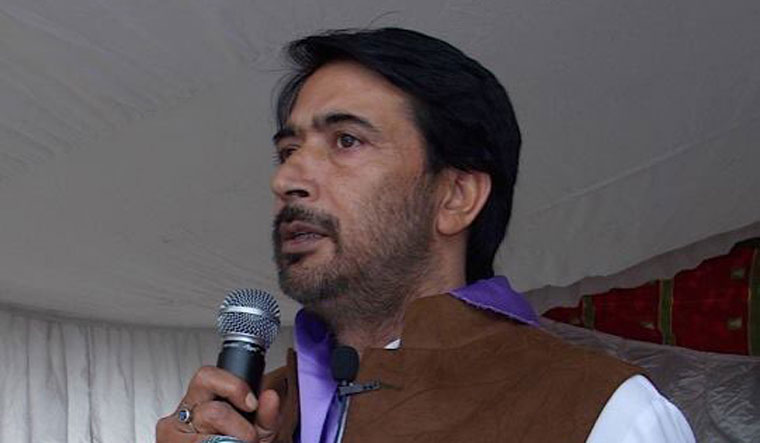 Mir has sent his resignation letter to the All India Congress Committee (AICC).

The resignation came amid reports that the JKPCC is going to appoint a new president for which formalities have been completed.

They had accused the leadership of not listening to their grievances about the party matters in the Union Territory. Those who submitted the resignation included G.M. Saroori, Jugal Kishore Sharma, Vikar Rasool, Dr Manohar Lal Sharma, Ghulam Nabi Monga, Naresh Gupta, Subash Gupta, Amin Bhat, Anwar Bhat and Inayat Ali.

In the resignation letter, the leaders alleged that under the leadership of Mir, the party suffered a decline. They pointed out the party's dismal show in all elections including Parliament, DDC, BDC, panchayats and urban local bodies polls. They also noted that the Congress couldn't win even a single council in Jammu and Kashmir.

After Mir took over as JKPCC president, more than 200 leaders, including former ministers, MLAs, MLCs, PCC office-bearers, district presidents and AICC members had resigned from the Congress and joined other parties, the leaders alleged.

“Unscrupulous sycophants have captured and hijacked the functioning of PCC,” they had said in their resignation letter.

According to the Azad loyalists, the party positions were distributed without consultation of senior leaders and sitting MLAs and MLCs (members of the legislative council or upper house of assembly, which was abolished after the state was demoted to a UT). In a swipe at Mir, they said he lost the Parliament elections while his son failed to win the DDC polls in his home constituency.

The development in the Congress party comes at a time when preparations to hold elections in Jammu and Kashmir are under way. The Congress wants to address the dissent in the party and build unity so that its electoral prospects are not affected.