Police launched a vigorous search to trace the killers 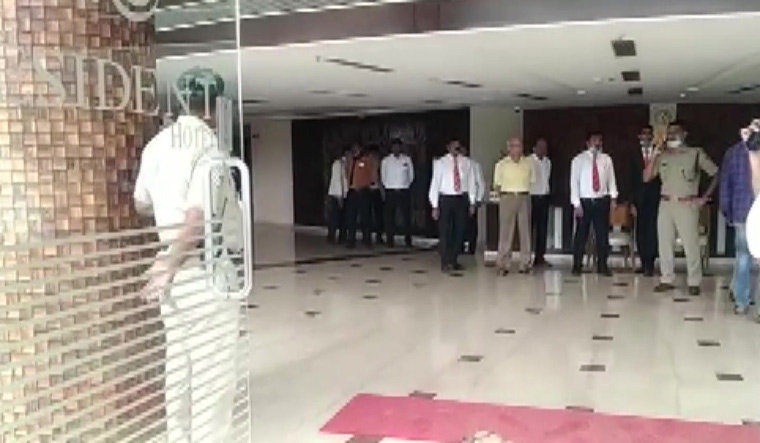 Chandrashekhar Guruji of 'Saral Vastu' was stabbed to death in a city hotel on Tuesday, police said.

Visual footage showed two people repeatedly stabbing him at the reception area of the hotel.

Police have launched a vigorous search to trace the killers.

Learning about the incident, the Hubballi Police Commissioner Labhu Ram rushed to the spot.

Hailing from Bagalkote, Guruji had started his career as a contractor and later got a job in Mumbai where he settled, family sources said. They added that he subsequently pursued Vastu business there.

Three days ago a child in his family had died in Hubballi, for which he had come here to attend a ceremony.