Elangovan calls Hindi as the language of underdeveloped states 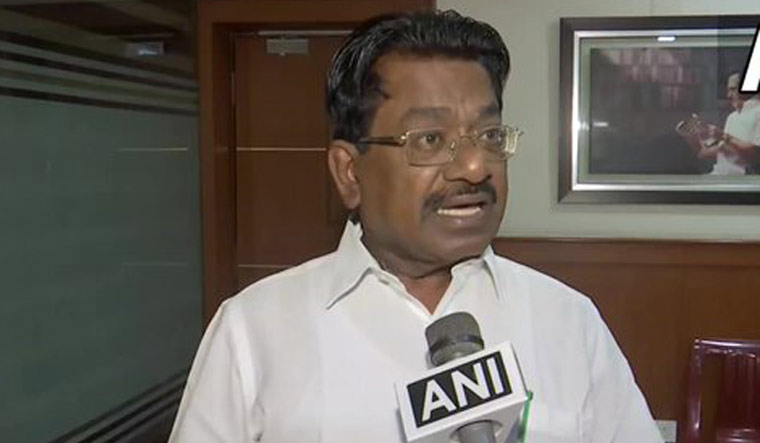 The ongoing row over the alleged imposition of Hindi took a new turn on Monday with a leader of the ruling DMK in Tamil Nadu calling it as the language of underdeveloped states. T.K.S. Elangovan, a Rajya Sabha member, even said that Hindi will reduce Tamils to the status of 'Shudras'.

"What will Hindi do? Only make us Shudras. It will do no benefit to us," he said while addressing an event in Chennai, organised to protest against the Union government's alleged attempt to impose Hindi. 'Shudras' is the term used to denote the so-called lower rung in the caste hierarchy.

Elangovan pointed out at non-Hindi speaking West Bengal, Odisha, Andhra Pradesh, Telangana, Tamil Nadu, Kerala, Karnataka, Maharashtra and Gujarat and asked if these states were developed or not.

"Why I am asking is Hindi is not the mother tongue of people in these States. The undeveloped States are (the Hindi-speaking) Madhya Pradesh, Uttar Pradesh, Bihar, Rajasthan and the newly created ones (apparently Uttarakhand). Why should I learn Hindi," he asked.

After his casteist slur sparked off an outrage, Elangovan came up with an explanation, saying that the Tamil society didn't practice class difference in the south.

“I didn't coin the word 'Shudra'.Tamil society is an equanimous society and didn't practice class difference in the south. Because of entry of the language from North, it has divided us also. People during Dravidian movement fought for education rights of Shudras and OBCs,” he said.

“What I said was that when Hindi enter (Tamil Nadu), it may bring the cultural practice which was enforced in the north to us. So it will confirm our Shudra class,” he further said.

The latest war of words over the issue began after Union Home Minister Amit Shah recently pitched for Hindi as an alternative to English in India.

"Amit Shah had said Hindi as a national language will give it a global identity. 'Unity in diversity' is India's signature identity. Is Amit Shah an Indian? I have a doubt," said the DMK leader.

The alleged Hindi imposition is a sensitive subject in Tamil Nadu and the DMK had successfully used the issue to mobilise public support in the 1960s. The ruling party has of late been decrying attempts to 'impose' the language. Incidentally, the State government has even alleged that imposition of Hindi in the National Education Policy 2020 and has made it clear Tamil Nadu would only follow its two language formula -- Tamil and English - which has been in vogue in the State for decades.