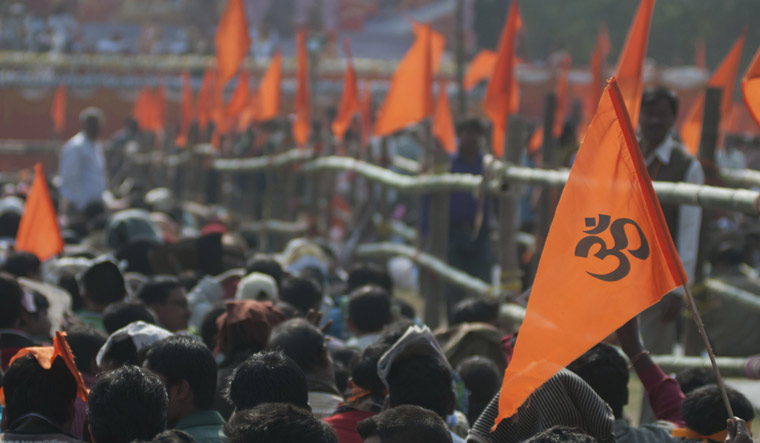 Security has been heightened in Srirangapatna, the erstwhile capital of 18th century ruler Tipu Sultan in the district, following Vishwa Hindu Parishad's (VHP) call to perform puja at the Jamia mosque, claiming that it was built after razing a Hanuman temple.

Prohibitory orders have been imposed in the temple town under section 144 of the CrPC to prevent any protest or procession from taking place.

Besides district police force, contingents of Karnataka State Reserved Police have also been deployed. The roads have been barricaded and security pickets have been erected in the town.

Members of fringe Hindu outfits have called for a protest march to the mosque.      However, authorities have denied permission for it.

State Home Minister Araga Jnanendra  has given directions to the police to take all the measures to ensure peace and public order in view of VHP's 'Srirangapatna Chalo' campaign.

Meanwhile, the Sriram Sena chief Pramod Muthalik condemned the restrictions saying they should be imposed on 'them'.

"There is a Ganapati temple, a temple tank and a well inside the mosque. Despite all these, mosques running Madrassas and offering Namaz there is wrong. It is 'they' who should be stopped. They should be thrown out. I condemn the BJP government which is trying to stop our protest," Muthalik told reporters.

The right wing organisations have been claiming that the Jamia mosque was an Anjaneya Temple, which Tipu Sultan had destroyed to build a mosque over it.

The outfits have submitted a memorandum to the district authorities seeking a survey of the mosque and take steps to return the 'Anjaneya Temple' to Hindus if their claim as found to be true.