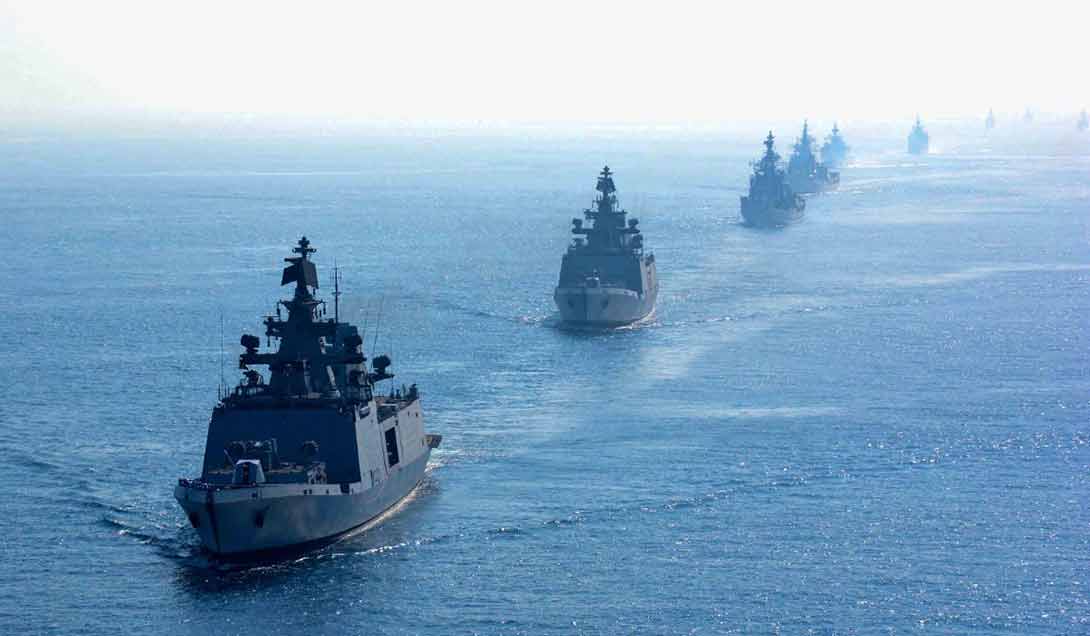 Days after the Quad meeting in Tokyo, India has decided to participate in the world’s biggest maritime exercise 'Rim of the Pacific' or RIMPAC, hosted by the US. Leaders of India, Japan, Austalia and the US met last month to keep China on check as the Chinese military is expanding its footprints in the Indo-pacific region.

As many as 26 countries will showcase their naval might from June 29 to August 4 in Honolulu and San Diego in the 28th edition of the naval wargames.

According to a statement by the US Navy's 3rd Fleet, at least 38 surface ships, four submarines and 170 aircraft will join the exercises  along with close to 25,000 personnel including ground troops from nine countries.

The RIMPAC started in 1971 as an annual exercise by the US, Australia, and Canada. But from 1974, the maritime exercise became a biennial event.

India first participated in RIMPAC in 2014 when indigenously built Shivalik class stealth frigate INS Sahyadri took part in the excercise. INS Sahyadri again represented the country in the 2018 edition of  the event. In between, in 2016, INS Satpura joined the maritime exercise. Before 2014, the Indian Navy's presence in the wargames was only as an observer for the 2006, 2010 and 2012 editions.

Due to Covid-19 pandemic, RIMPAC 2020 was scaled down with only 10 countries, 22 ships, one submarine, and about 5,300 personnel taking part in the exercise.

So far, the Indian naval headquarters has not finalised the warship to be sent for the upcoming wargames.

The US navy said that the exercises will include drills focusing on "amphibious operations, gunnery, missile, anti-submarine and air defense exercises, as well as counter-piracy operations, mine clearance operations, explosive ordnance disposal, and diving and salvage operations.

"During RIMPAC, a network of capable, adaptive partners train and operate together in order to strengthen their collective forces and promote a free and open Indo-Pacific" a statement by the US Navy said.

The Quad countries have been trying to further enhance their military cooperation in the Indo-Pacific region to counter Chinese military's growing presence.

Recently, navies of US, Royal Australian Navy (RAN), and the Japan Maritime Self Defence Force (JMSDF) took part in  ‘Malabar’ maritime drills with Indian Navy in the Indian Ocean.