IAS couple, who walked their dog at Delhi stadium, transferred

Khirwar was transferred to Ladakh and Dugga to Arunachal 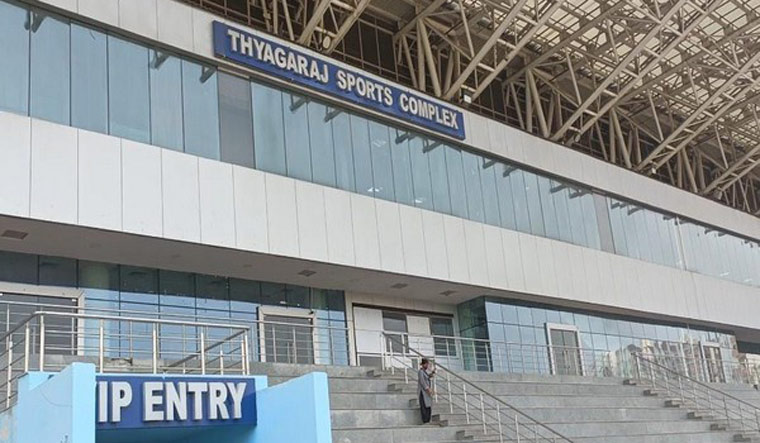 The Union Home Ministry on Thursday transferred Delhi’s Principal Secretary (Revenue) Sanjeev Khirwar and his wife and fellow IAS officer Rinku Dugga after media reports suggested misuse of official position by them. Khirwar was transferred to Ladakh and Dugga to Arunachal Pradesh.

Reports claimed that the couple had forced athletes and coaches at the state-run Thyagraj Stadium in the national capital to wrap up by 7 pm so that they could walk their dog in the complex. The chief secretary on Thursday submitted a report to the MHA on the factual position, based on which the ministry issued the order.

"The MHA had sought a report from the Chief Secretary, Delhi on the news report regarding the misuse of facilities at Thyagraj Stadium by Sanjeev Khirwar and his wife Rinku Dugga. Chief Secretary, Delhi submitted a report later in the evening on the factual position to MHA. In the meanwhile, Khirwar has been transferred by MHA to Ladakh and Dhugga to Arunachal Pradesh. Necessary action will be initiated based on the report," ANI quoted MHA sources as saying.

Both Khirwar and Dugga are 1994-batch IAS officers from AGMUT cadre.

After the media reports triggered a controversy, the Delhi government on Thursday directed all state-run sports facilities to remain open for sportspersons till 10 pm.

"It has come to my notice that sportspersons are facing problems because of the heat and the stadiums get closed by 6 or 7 pm. We are issuing instructions that all sports facilities should remain open till 10 pm so that sportspersons can use them," Chief Minister Arvind Kejriwal said.

BJP's Delhi unit had written to newly appointed Delhi Lieutenant Governor Vinai Kumar Saxena, demanding action against the officer and stating that "such an officer does not hold the right to be on that post''.

The party also alleged that the condition of Delhi's stadiums was bad and accused Kejriwal of de-motivating players, instead of motivating them.