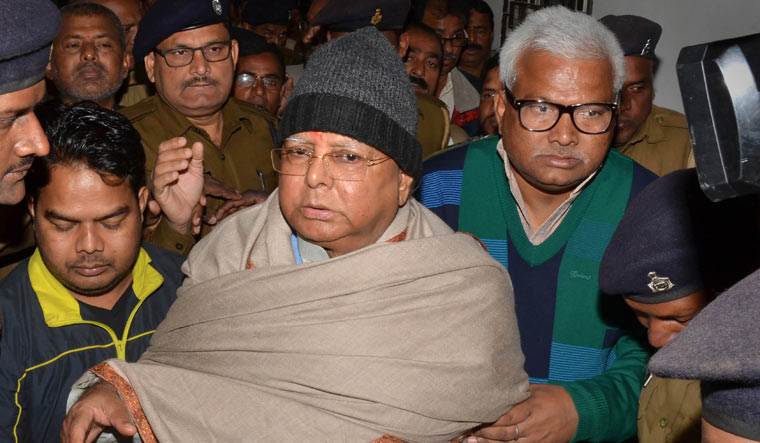 The Central Bureau of Investigation on Friday morning conducted raids in at least 15 locations in Patna and other places, including Delhi, in connection with a case against RJD supremo Lalu Prasad Yadav.

Reports said a new corruption case had been registered against Lalu over alleged irregularities in recruitment procedures during his tenure as Railways minister. ANI reported the case was related to a 'land for Railways job' scam.

The home of Misa Bharti, Lalu's daughter and a Rajya Sabha MP, is being searched. Reports said she has been named in the FIR.

Earlier this year, Lalu had been convicted in a fifth case related to the Fodder Scam. In April, Lalu had received bail in that case. The Fodder Scam relates to Lalu's time as chief minister of Bihar.

(With inputs from Namrata Biji Ahuja)