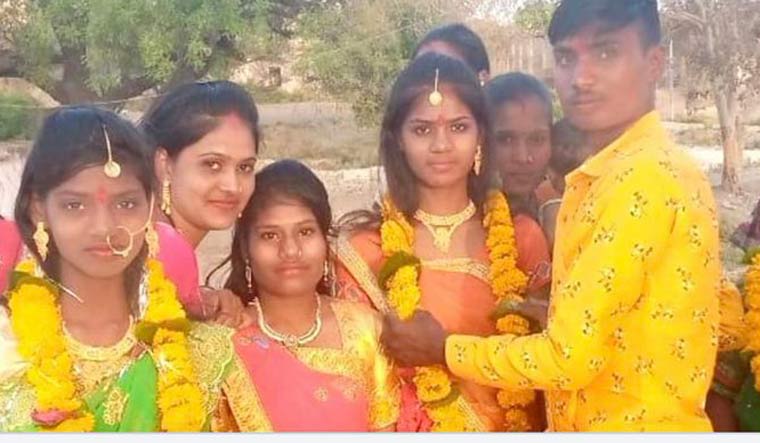 In what could have been a tragedy of errors, two sisters almost married mistakenly the wrong grooms due to a mix-up in the darkness after a power failure at their wedding ceremony in Madhya Pradesh's Ujjain district. The mistake was detected in time and the rituals were duly completed.

The incident took place at Aslana village, about 20kms from the district headquarters, in the intervening night of May 5 and 6.

The Congress has used the incident to attack the BJP government over the deteriorating power crisis in the state in the peak of summer.

Nikita and Karishma, daughters of Rameshlal Relot, were to be married to Bhola Rameshwar and Ganesh Mewada, respectively. Both the grooms belong to Dangwada village and their marriage processions arrived together at the brides’ residence. The marriage of Relot’s eldest daughter was also held earlier in the day (May 5) and his son’s marriage was scheduled for the next day (May 6), so there was a huge gathering at the house.

Different versions of the incident and its fallout had emerged earlier. One version said that the power cut happened at the bride’s residence and the brides were mixed up as the rituals were being conducted. When the mistake was realized, the rituals (seven circumambulations around holy fire) were re-conducted immediately. Another version said that the mix-up of brides occurred when they reached the village of grooms (Dangwada) and wrong brides were taken to the homes of the grooms. When this was realized, the family members and the community members got together and decided that the brides would stay with the grooms whose homes they had reached and therefore rituals with the respective grooms were conducted again.

However, the families later told media that the mistake was detected well in time right at the brides’ home in Asalana after completion of a few initial rituals and that the seven circumambulations were conducted with the right grooms. The mistake occurred due to power cut and the brides sat with wrong grooms for some of the initial rituals, they said. The families denied that the circumambulations had to be re-conducted. THE WEEK could not contact the father of the brides despite repeated attempts.

Congress spokesperson Narendra Saluja said, “Power cuts in Shivraj government has led to an unusual incident. Brides were mixed up in Aslana village of Ujjain due to the power cut. Mamaji (as CM Shivraj Singh Chouhan is called popularly), even nieces are not able to survive power cuts of your government. When will the government wake up? When will it accept the power crisis?”

Another Congress spokesman K.K. Mishra said, “Shivraj Singh Chouhan launched a sponsored programme ‘Laadli Laxmi 2’ yesterday and said that if it was possible he (Chouhan) was ready to give up his life for the daughters. On the other hand, brides get mixed up in Ujjain during a marriage ceremony due to power cuts? Would you say something Shivraj ji?”