Says he will do what he can to take Gujarat forward 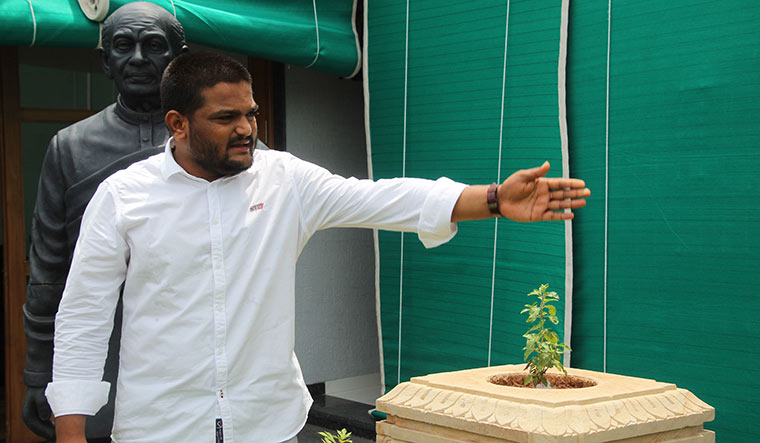 Gujarat Congress working president Hardik Patel, a few days after expressing displeasure over the Congress leadership in the state, lavished praised on the BJP even as he said he is keeping his options "open".

In a recent interview to a regional news paper, the Patidar leader said he was impressed by the leadership and decision making capabilities of the saffron party, regarding Article 370 in Jammu and Kashmir, and construction of Ram temple in Ayodhya.

He said he isn't praising the BJP because he is upset with the Congress. Patel pointed out that the BJP brings in regular changes in the party organisation like how a phone gets updated.

In an interview to NDTV, he said he realizes that "some things that are good about the BJP and we must acknowledge that."

"The recent decisions that BJP has taken politically, we have to accept that they have the strength to take such steps. I believe that without even taking their side or praising them, we can at least acknowledge the truth," NDTV quoted him as saying.

He, however, said he has no plan to switch over to the BJP although he is keeping his options open. In the interview with the regional newspaper, he said he will do what he can to take Gujarat forward.

After he spoke up against Congress leadership in Gujarat, Gujarat unit of the Aam Aadmi Party (AAP) had invited him to join the party instead of "wasting his time" with the grand old party. AAP Gujarat chief Gopal Italia extended a welcome to Patel saying, "If Hardik Patel is not liking in Congress, he should join a like-minded party like AAP."

Patel, has, however, said, "Many people link me with Kejriwal. Congress, AAP, BJP – I have all options open."

On Friday, Patel, however, clarified that his criticism of the Congress leadership was not aimed at anyone in particular and said he spoke to party high command about his concerns. "Instead of fulfilling its responsibility towards the welfare of people, I see the state leadership stuck in conflicts,” Indian Express quoted him as saying.