Vinay Mohan Kwatra to be India's next foreign secretary

He will succeed Harsh Vardhan Shringla, who retires on April 30 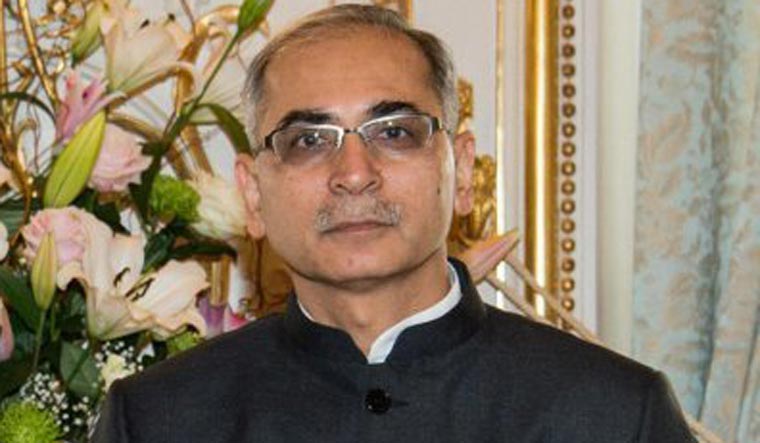 Known to be having extensive expertise in dealing with India's neighbourhood as well as the US, China and Europe, the 1988 batch Indian Foreign Service (IFS) officer pipped nearly half-dozen others in the race for the coveted post including Indian High Commissioner to UK Gaitri Issar Kumar (1986 batch IFS) and Ruchira Kamboj (1987 batch IFS).

India's Ambassador to the US Taranjit Singh Sandhu, who is a batch-mate of Kwatra, was also seen as a contender for the post.

The Appointments Committee of the Cabinet approved his appointment, an order by the personnel ministry said.

There is a possibility that Shringla may get an assignment after his retirement and he could be considered for the post of coordinator for the G-20 summit, which India is hosting in late 2023.

Kwatra will take charge as the foreign secretary at a time India is grappling with various geopolitical developments including the Ukraine conflict, the severe economic crisis in Sri Lanka and the situation in Afghanistan and developments in the Indo-Pacific.

Announcing the appointment of Kwatra, the ministry said he will take charge as the foreign secretary on April 30.

Before his diplomatic posting to Nepal in 2020, he served as the ambassador of India to France from August 2017 to February 2020.

Kwatra's stint in Nepal saw the ties between the two countries going back on track after they came under severe strain following the boundary dispute.

A career diplomat with over 32 years of experience, Kwatra has also held the position of a joint secretary in the Prime Minister's Office (PMO) for two years between October 2015 to August 2017.

He headed the policy planning and research division of the Ministry of External Affairs between July 2013 and October 2015 and later served as the head of the Americas Division in the MEA where he dealt with India's relations with the US and Canada.

He served as minister (commerce) in the Embassy of India in Washington from May 2010 till July 2013.

Between 2003 and 2006, he served as a counsellor and later as the deputy chief of mission in the Embassy of India in Beijing, China.

After joining service, he served as third secretary and then second secretary in the Permanent Mission of India in Geneva until 1993 and handled work relating to the UN specialised agencies, as also the Human Rights Commission.

During this period, he also obtained a diploma in international relations from the Graduate School of International Studies in Geneva.