'Halal food may be dear to Muslims, but for Hindus, it is somebody's leftover' 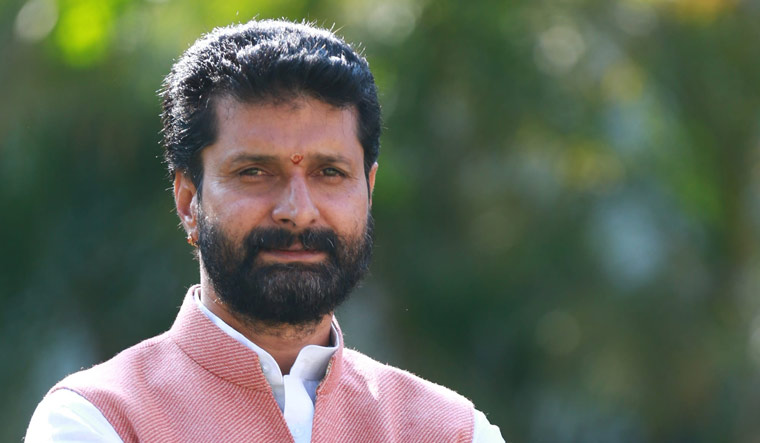 With some right wing groups now giving a call to boycott 'halal' meat, BJP national general secretary C.T. Ravi likened halal food with economic jihad'. For the past few days, there was a flurry of messages on social media appealing to Hindus to shun halal meat, especially after Ugadi, which is the Hindu New Year festival.

A day after Ugadi, a section of "non-vegetarian" Hindus offer meat to God and celebrate the New Year. Many offer such meat, which some right wing activists are asking people to skip.

This call comes close on the heels of ban on Muslim vendors around temples during the Hindu religious fairs in parts of Karnataka.

“Halal is an economic jihad. It means that it is used like a jihad so that Muslims should not do business with others. It has been imposed. When they think that halal meat should be used, what is wrong in saying that it should not be used,” he said.

Ravi said halal meat offered to their god is dear to them (Muslims) but for Hindus, it is somebody's leftover. He pointed out that halal has been designed in a planned way so that the products should be purchased only from Muslims and not others.

“When Muslims refuse to buy meat from Hindus, why should you insist on Hindus to buy from them? What right people have to even ask this? “

To a query on boycotting halal meat, the BJP leader said such trade practices are not a one-way traffic but two-way. “If Muslims agree to eat non-halal meat, then these people (Hindus) will also use halal mea.”

Meanwhile, former chief minister and JD(S) leader H.D. Kumaraswamy denounced such trends and asked Hindu youths not to "spoil" the state, which is a "garden of racial peace and faith"

“I want to ask the government where you want to lead this State to. With folded hands I ask Hindu youths not to spoil the state,” Kumaraswamy said.

Reminding those inciting people that they would not be in the world forever, he said they should not ruin the peace and harmony in Karnataka.

He appealed to the youths to shun those who disturb peace as there would be difficult days ahead.

The JD(S) second-in-command held the Congress accountable for the rise in communal politics.

It is shameless work to deliberately instill religious hatred in this land where the epistle is sung as a garden of racial peace, they said in their letter.

“Festivals are held all over the state and are all economic and cultural dimensions that do not make any Muslim relatives wealthy," they said.