New government is expected to be sworn in by March 25 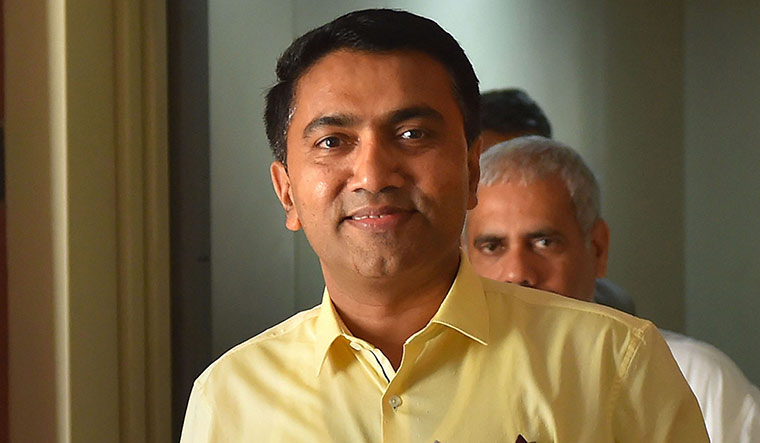 Pramod Sawant was named the next chief minister of Goa on Monday, over 10 days after the BJP won the assembly polls.

Name of Sawant, the incumbent chief minister, was announced after a meeting of the BJP's legislature party at the party state headquarters in Panaji. Union Ministers Narendra Singh Tomar and L. Murugan were present at the meeting as central observers, along with state election in-charge Devendra Fadnavis, desk in-charge C.T. Ravi and Sadanand Shet Tanavade, state BJP chief.

Sawant was favourite to get the job after he ensured the BJP was the single-largest party in the recent elections, beating off 10 years of incumbency. However, there had previously been opposition to his name from the MGP, an ally of the BJP as well as factional rivalry from Vishwajit Rane, a former health minister, who was eyeing the CM’s job.

The name of Rajendra Arlekar, who is currently Himachal Pradesh governor, was thrown around by pundits amid the perceived rivalry between Rane and Sawant.

The BJP is scheduled to meet Governor P.S. Sreedharan Pillai later on Monday to stake claim to form the government. The new government is expected to be sworn in by March 25.