This is a campaign led by former President Abdullah Yameen 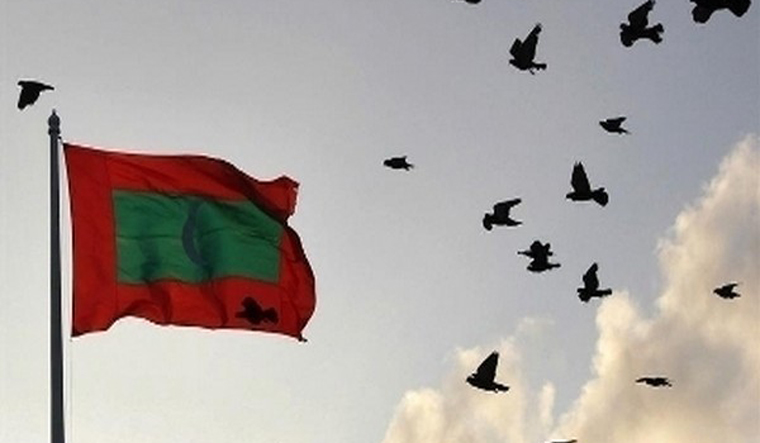 In the face of intensified anti-India protests led by former President Abdullah Yameen in Maldives, reports emerged that Indian teachers were facing harassment in the country. The New Indian Express reported that harassers shouted 'India Out' slogans as they targetted teachers from India on two different islands, with the teachers requesting safety at schools.

The Maldives had strongly rejected attempts to spread “false information” through social media using what it called the “so-called India Out” slogan and said India will always remain a “true” and a “trusted friend” of the Maldivian people. The Maldives government also asked all parties to act responsibly and refrain from spreading false information that could undermine the country’s ties with its neighbours. “India has always been the Maldives’ closest ally and trusted neighbour, extending constant and consistent support to the people of Maldives on all fronts,” it said in a statement.

It is learnt that there has been a campaign in a section of the media in the Maldives as well as social media posts attempting to target India and criticising the ties between the two countries. “The government of Maldives strongly rejects attempts to spread false information through media and across social media platforms, using the so-called ‘India Out’ slogan, alleging that bilateral cooperation between the Governments of Maldives and India undermines the national security and sovereignty of Maldives,” the Maldives government said.

The statement said the government believes that “false” allegations regarding ties with one of the country’s key bilateral partners are “misguided and unsubstantiated”. “The government firmly believes that these views are not the sentiments of the general public, but rather that of a small group of individuals with the objective of tarnishing the country’s long-standing cordial ties with India,” it said.

The Maldives government’s statement also reaffirmed that Male’s long-standing ties with all its international partners are based on principles of mutual respect and understanding.

“India will always remain a true and a trusted friend of the people of the Maldives,” it said.

It said the cooperation and support provided by India, specifically on issues of maritime security, is aimed at strengthening the strategic partnership and ensuring the safety and stability of the Indian Ocean region. “Support provided by India, on areas such as search and rescue capabilities, casualty evacuation, coastal surveillance, and maritime reconnaissance, directly benefit the Maldivian people,” the government said.