Why Andhra Pradesh banned staging of a 100-year-old play? 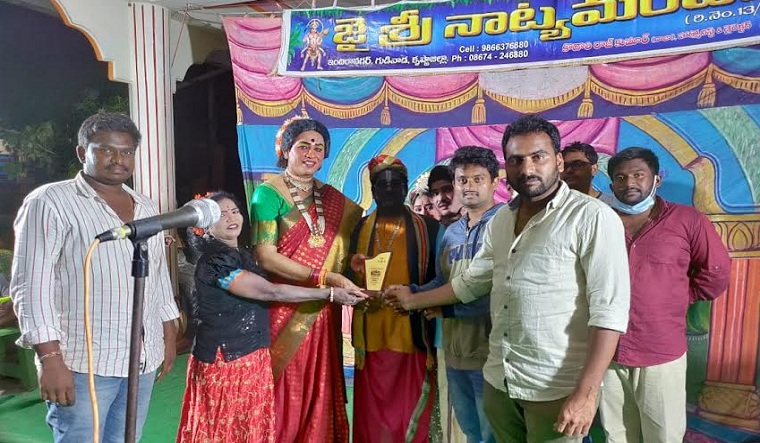 Andhra Pradesh government has banned ‘Chintamani’—one of the longest running plays in the towns and villages of Telugu states. On Monday, a Government Order was issued to this effect bringing down curtain on the presentation of the play which was written by late playwright Kallakur Narayan Rao and published in 1923.

The Y.S. Jagan Mohan Reddy government’s decision followed a complaint by members of AP Arya Vysya Mahasabha that their community was being portrayed in a derogatory manner.

‘Chintamani’ is the story of a courtesan who is also a devotee of Lord Krishna. One of the important roles in the play is that of Subbisetty who is a regular visitor of Chintamani. The comedy parts of the play involve Subbisetty and his mannerisms. Subbisetty is portrayed as a wealthy person belonging to the traders (Arya Vysya) community.

“We gave a representation to the CM two months back to ban the play,” said President of the Mahasabha, M. Dwarakanath. “Subbisetty and his community are shown in a very objectionable manner. His body language, dressing and behavior are ridiculed. The character of Subbisetty is shown to be in dark colour wearing gold ornaments to stereotype the community. It had a direct impact on the community and we felt it was not right to show us in a poor light. I can understand that the social conditions of that time might be different but things have changed a lot now.”

The community members are relieved about the development as it has always been a subject of discussion. They are now hopeful that Telangana and other states will also follow suit.

Senior journalist and news analyst Bandaru Srinivas Rao who has been a follower of the works of the creator of Chintamani said that the problem lies in the changes made to the original play.

“I watched the play almost four decades back. The original script was a dignified one with a social message in it. The author was also known to be a reformer. Over the years, theatre groups made some changes to the characters to suit the masses and changing times. Added to it, the society as it exists now is more divided by castes and sub-castes and some sections easily get offended.”

Rao said that it was a matter of great achievement for the play as it was completing 100 years.

Meanwhile, the banning of the presentation of the play has worried artists who are in the dark about their livelihood.

Kodali Raja of Jayashri Natya Mandali in Gudiwada of Krishna district says artists like him will be pushed into poverty with the latest move.

“Our troop consists of 25 artists who have been performing Chintamani for decades not just in AP, but also in Telangana, Karnataka, Tamil Nadu and Orissa. People come to watch the play because it has comedy in it and not like other plays which have serious themes. We now fear about our future.”

According to Raja, there are thousands of artists who will be affected with the decision of the government.