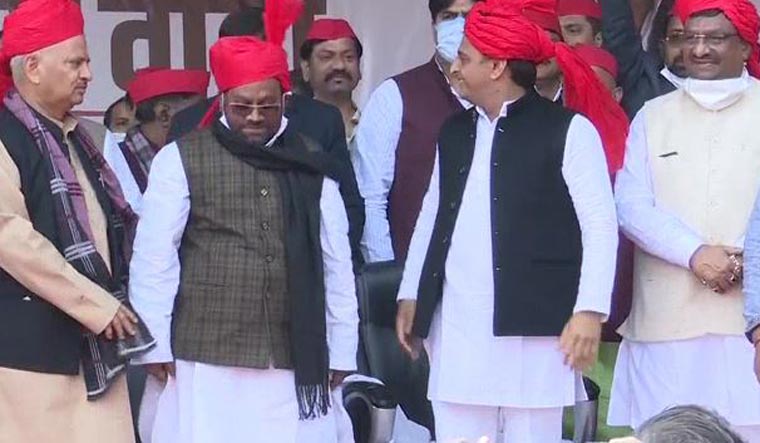 OBC leaders Swami Prasad Maurya and Dharam Singh Saini joined the Samajwadi Party on Friday days after quitting the Yogi Adityanath cabinet. They were part of a group of MLAs who joined the opposition party in the presence of SP chief Akhilesh Yadav in Lucknow on Friday.

Saini was quoted by Hindustan Times as saying, “We all are joining SP today and to save the Constitution, democracy and the interest of dalits, backwards. We will make you [Akhilesh] the next CM. We will make you take the UP CM's oath on March 10 and India's PM in 2024. Today is the confluence of Samajwad and Ambedkarvaad.”

Speaking at the event, Maurya was quoted by The Indian Express as saying, “January 14, on the occasion of Makar Sankaranti, the end of BJP is being written.” He accused the BJP of deceiving backward sections. He said “BJP had earlier discussed that either Swami Prasad Maurya or Keshav Maurya [Deputy CM Keshav Prasad Maurya] would be made the chief minister of the state, but later they instated Adityanath,” The Indian Express reported.

“By misleading the people of the country and the state, BJP has thrown dust in their eyes and exploited the people. Now we have to eliminate BJP and free Uttar Pradesh from the exploitation of BJP,” Maurya was quoted as saying by ANI.

Interestingly, Dara Singh Chauhan, a BJP minister who resigned on Wednesday, was not present at the Samajwadi Party event.