New ISRO chief S Somanath: A problem solver who thinks out of the box

Somanath will have to accelerate several ISRO projects, delayed due to pandemic 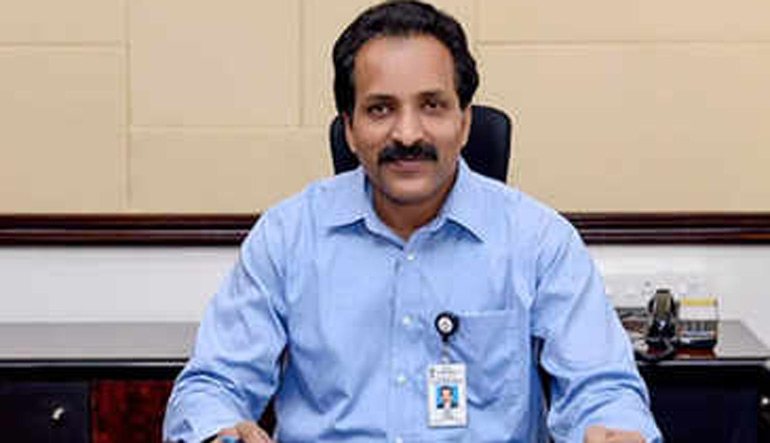 I first met him at an Indian Science Congress meet. The Indian Space Research Organisation (ISRO) was hosting a session. The hall was full. S Somanath, then with the Liquid Propulsion Systems Centre, Thiruvananthapuram, began speaking on ISRO's new missions and vehicles. He spoke about new launch vehicles and how ISRO was developing a module for a human space flight (this was much before Gaganyaan had been given the green light). Somanath speaks fast, barely pausing for punctuation. Perhaps, it is because he always has so much to say.

The audience sat enraptured as Somanath took them on a fantastical flight into outer space.

Later, they burst into questions, and he fielded them gamely, explaining every concept in a way that even a novice in matters of space and science could comprehend. He was also mobbed by mediapersons, to whose incessant queries he answered untiringly. A year or so later, at another such meet, I passed my visiting card through the melee of media people. He glanced at it, then searched me out in the crowd. “We have met before,'' he said. “I haven't forgotten you.''

Thus started a wonderful acquaintance. Somanath went on to become increasingly busy, as he took on bigger responsibilities and was appointed head the Vikram Sarabhai Space Centre (VSSC) in Thiruvananthapuram. However, he would always have time to answer a question or explain a phenomenon. He would always be ready to go through a write-up to check for errors and was willing to write an occasional piece, at the shortest notice.

Somanath, the new ISRO chief, and secretary, Department of Space, is a people's person, and a good team leader. He has the knack for explaining the most complex technology in a language that anyone can grasp. Undoubtedly, communication skills are his forte, something which will be useful to him in his new assignments.

Somanath's main focus is to take forward the reforms in the space sector which began a few years ago, bringing a synergy between private players and the government, even as ISRO assumes the role of a mentor while concentrating on developing technology. The heavy lifting of manufacturing space equipment, as well as some breakthrough ideas now need to come from the private sector, so that the business of space becomes profitable. So far, it is largely dependent on government funding.

His elevation to the post was not a surprise. He has been waiting in the wings for some time. Like his predecessor K. Sivan, he helmed VSSC before being chosen for the top post. He was promoted to a secretary level rank sometime ago, making it clear that he was the next incumbent, even though Sivan got an extension in his tenure.

The boy from Kerala's Aluva has been ISRO's go-to trouble shooter. His team was honed in to the problem during the launch of Chandrayaan 2, and was able to rectify it so that the launch, which was aborted, could take place eight days later, on July 22, 2019. He thinks out of the box and reaches out to others. When he heard that National Institute of Ocean Technology (NIOT) was launching a manned deep sea probe, Samudrayaan, and looking to foreign suppliers for making the crew module, he offered them a solution. Somanath said titanium, available in India, could be used for making the crew capsule. The upshot of it is that ISRO is now collaborating on this project. The launch is scheduled for 2024.

Somanath, meanwhile, will have to accelerate several ISRO projects which have been delayed because of the pandemic. During an earlier interview in 2020, he had told THE WEEK that his rocket for Gaganyaan's first flight was ready, but other technologies had got impacted because of the lockdown. There is the third moon mission, Chandrayaan 3, and the solar probe Aditya,waiting for launch.

It is going to be a busy tenure ahead for him.