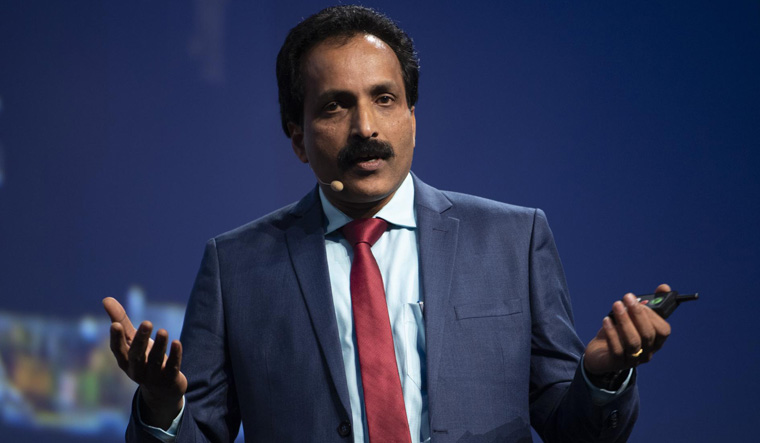 Eminent rocket scientist S. Somanath has been appointed as the chairman of the Indian Space Research Organisation (ISRO) as well as the Space secretary, a personnel ministry order issued on Wednesday said.

Somanath, who is at present director of Vikram Sarabhai Space Centre (VSSC), will succeed K. Sivan who completes his extended tenure on Friday.

Sivan was in January 2018 appointed as the ISRO chief, secretary of the Department of Space and chairman Space Commission.

Somanath's appointment as the Space Secretary and the Space Commission Chairman is for a combined tenure of three years from the date of joining of the post, inclusive of an extension in tenure beyond the age of superannuation in public interest, the order said.

The post of the ISRO chairman, the Space secretary and the Space Commission chief is usually held by one person only.

Somanath, who will be the 10th chairman of the premier space organisation, took charge as the VSSC's head on January 22, 2018, after a two-and-a-half year stint as the director of Liquid Propulsion Systems Centre (LPSC), Valiamala, Thiruvananathapuram.

Previously, he served as the associate director (Projects) of Vikram Sarabhai Space Centre and also as the Project Director of GSLV Mk-III launch vehicle, according to his official biodata.

Under his leadership, the first experimental flight of LVM3-X/CARE mission was successfully accomplished on December 18, 2014, it said.

Somanath did his B Tech in Mechanical Engineering from TKM college of engineering, Kollam, and Masters in Aerospace Engineering from Indian Institute of Science, Bangalore, with specialisation in structures, dynamics and control. He was a gold medalist.

Somanath joined VSSC in 1985 and was a team leader for the integration of PSLV during the early phases.

He is an expert in the area of system engineering of launch vehicles, as per his official biodata.