'Sansad TV' itself has been accused of being part of the problem, he said 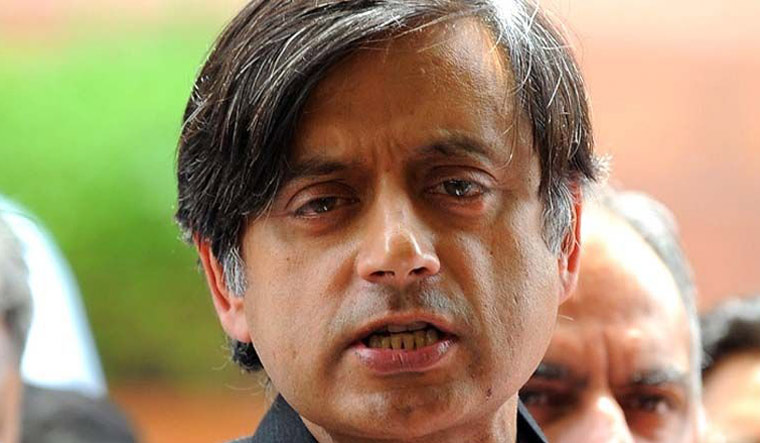 Senior Congress leader Shashi Tharoor, on Monday, said he is suspending hosting a talk show on Sansad TV in solidarity with the 12 Rajya Sabha members suspended from the house, and would not resume his anchoring until their suspension is revoked and a "semblance of bipartisanship restored to the conduct of Parliament".

Tharoor's decision to stop hosting the talk show ‘To The Point’ on Sansad TV comes a day after Shiv Sena MP Priyanka Chaturvedi, who is among the 12 suspended Rajya Sabha MPs, said she has stepped down as the anchor of the Sansad show ‘Meri Kahaani’.

While Tharoor’s show was about candid conversations with eminent personalities and saw him interviewing the likes of sitar maestro Ustad Amjad Ali Khan Sahib and cineaste Adoor Gopalakrishnan, Chaturvedi’s programme had women MPs share their journeys.

"I believed that my accepting Sansad TV's invitation to host a show was in the best traditions of India's parliamentary democracy, reaffirming the principle that our political differences did not prevent us, as Members of Parliament, from participating fully in various parliamentary institutions which belong to us all," Tharoor said.

"However, the prolonged suspension of 12 MPs from the Rajya Sabha, expelled in an arbitrary manner for actions committed during a previous session, has called into question the very assumption of a bipartisan spirit animating the work of Parliament."

Tharoor said as an MP who has gone every morning to greet the protestors and express his solidarity with them, he is concerned that his continued involvement in hosting the show on Sansad TV would be seen as making him complicit in the "undemocratic manner" in which parliamentary institutions are being run.

"Sadly, Sansad TV itself has been accused of being part of the problem, as adverse comments have been made by many on its habit of having cameras focus on the members of the Treasury benches while ignoring the opposition," the former Union minister said.

"On reflection, and in solidarity with protesting MPs, I have decided to suspend my hosting of the talk show 'To the Point' on Sansad TV until such time as the suspensions of MPs are revoked and a semblance of bipartisanship restored to the conduct of Parliament and the functioning of Sansad TV."

The 12 opposition MPs—six from the Congress, two each from the Trinamool Congress and Shiv Sena, and one each from the CPI and CPI(M)—were suspended from the Rajya Sabha last Monday for the entire Winter Session of Parliament for their "unruly" conduct in the previous session in August.

The opposition has termed the suspension as "undemocratic and in violation of all the Rules of Procedure" of the upper house.