Stunting has shown a dip of 6.3 per cent 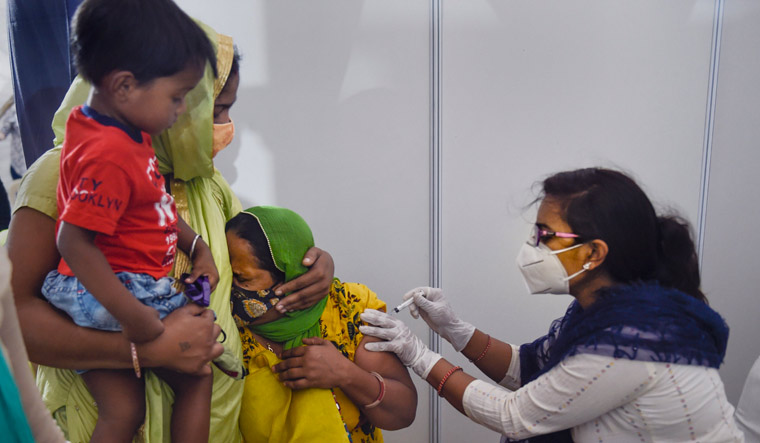 Nutritional and health status of children and women in Madhya Pradesh—for a long time considered one of the worst performing states—have shown significant improvement, according to the data of the fifth edition of National Family Health Survey (NFHS-5) 2019-2021. The data was released on Wednesday by the ministry of health and family welfare.

Stunting, which shows chronic malnutrition among kids, has shown a dip of 6.3 per cent during the past five years (compared to NFHS-4, 2015-16) while wasting, which signifies acute malnourishment, has gone down by 6.8 per cent in the duration.

Yet about one-third of kids in the state (35.7 per cent) are stunted and almost one in five (19.0 per cent) are wasted, the latest report shows. 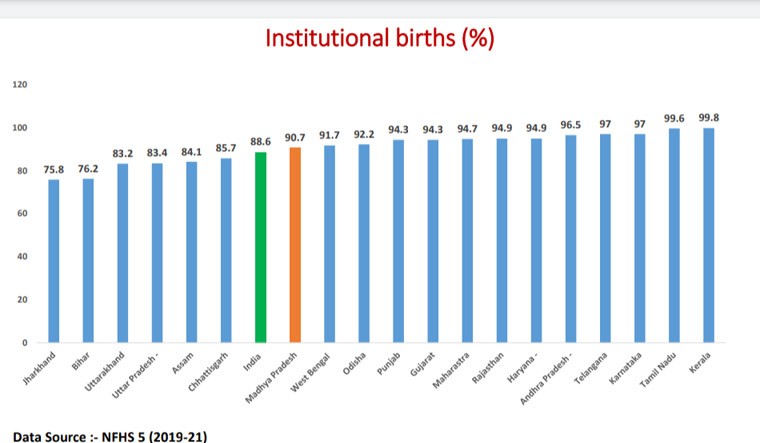 Improvement in mortality indices signifies betterment of ante-natal care for women and institutional health facilities related to child birth apart from general betterment in nutritional status of women and kids.

This is reflected in the fact that the institutional child births (at government or private hospitals) has gone up to 90.7 per cent compared to 80.8 per cent in NFHS-4, breastfeeding within an hour of birth has gone up to 41.3 per cent from 34.4 per cent, though yet more than half children are not breastfed within the hour of birth and are deprived of the nutritious first milk of mother.

Exclusive breastfeeding up to the age of six months has however gone up to 74.0 per cent from 58.2 per cent, which is a good rise. Despite the rise however, only as few as 7.7 per cent children in the age group of 6-23 months get adequate diet, the survey report shows. In NFHS-4, this percentage was even lower at 4.9.

Rise in anaemia cause of concern

Despite overall improvement, one cause of concern has emerged in the form of an increase in the number of anaemic kids, women and adolescent girls. Anaemia impairs metabolism, temperature regulation, immune function and work performance. Anaemia during pregnancy can increase the risk of premature births and lead to infant mortality, experts say.

The data also shows that though women's participation in household decisions like health care for self, major household purchases and visits to family/relatives has improved to 86.0 per cent from 82.8 per cent, the women who worked during 12 months prior to survey and were paid cash for it, went down to 26.8 per cent from 29.9 per cent in NFHS-4.

When contacted, state secretary and commissioner of health, Akash Tripathi said that Madhya Pradesh has shown significant improvement and shared a document prepared by the health department comparing MP to other states and national average on various indices of NFHS-5. He however did not comment on the question of high anaemia and the reasons for achieving improvement.