People can eat whatever they like, says CM Bhupendra Patel 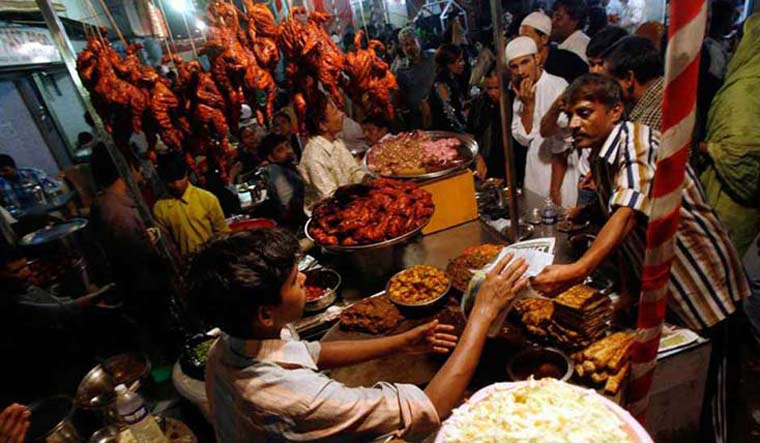 The controversy surrounding the decision of BJP-ruled civic bodies in Gujarat to ban larris selling non-vegetarian food in the open is unlikely to die down any time soon even as Chief Minister Bhupendra Patel maintained that only larris that obstruct traffic will be removed.

The controversy had begun about a week ago with Rajkot Municipal Corporation announcing that larris selling non-vegetarian food and eggs on the main roads would be removed. This was followed by Vadodara, Junagadh, Ahmedabad and Bhavnagar.

Ahmedabad Municipal Corporation's decision came on the same day when Patel said in Anand that people can eat whatever they like. The chief minister said larris that obstruct the traffic can be removed and claimed that the decision of removing these larris was that of the municipalities or corporations. Two days ago, Gujarat BJP president C.R. Patil had told a section of media that it was people’s choice what to eat.

Rajendra Trivedi, who hails from Vadodara, welcomed the civic bodies' move and said larris were grabbing land on the main road.

Elected office-bearers, whom THE WEEK spoke to, said that it was also a question of religious sentiments and that non-vegetarian food leaves a strong smell in the area.

More than 17 lakh street vendors have threatened to launch an agitation against the move to remove them. They have also demanded the immediate implementation of the Street Vendors Act, 2014.

Ami Ravat, opposition leader in the Vadodara Municipal Corporation, told THE WEEK that the  problem would not have risen had the civic bodies implemented the Street Vendors Act. She also argued that the civic bodies cannot snatch away from the street vendors their right to livelihood.

Sources said that if necessary, associations of the street vendors could take a legal resort.

Interestingly, there is nothing in writing about the orders to remove non-vegetarian larris and egg joints. Pankti Jog of Mahiti Adhikar Gujarat Pahel, an NGO working on the Right To Information, told THE WEEK that they had been getting calls from the vendors on how to deal with the issue.

Jog said that they had asked the vendors to file RTIs. The organisation has also enlightened them on what questions should be raised in the RTI applications.

Assaduddin Owaisi-led AIMIM's Ahmedabad chapter has decided to support the street vendors. Its unit president Shamshad Pathan, who is also a lawyer, said that the party’s members would go and present eggs to the Mayor and the corporators.