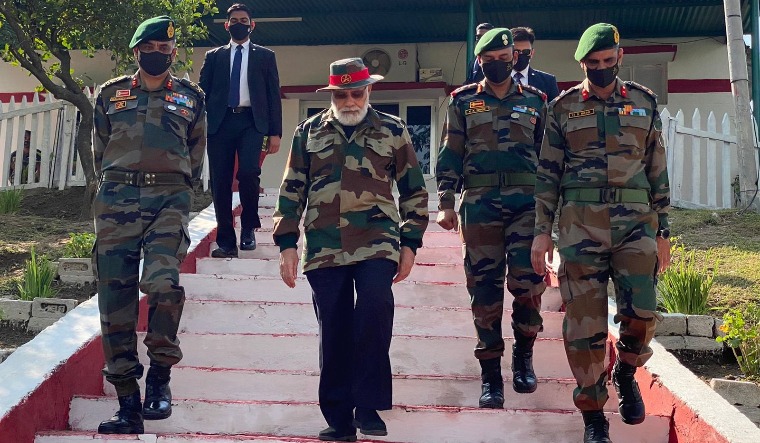 BJP MP Subramanian Swamy has been critical of the Narendra Modi government's handling of the standoff with China over Ladakh ever since it started last year.

From accusing the Modi government of not being transparent on Ladakh to demanding India go to war to evict the Chinese, Swamy has been the loudest voice of criticism over the issue inside the BJP.

On Friday, Swamy repeatedly lampooned Modi's declaration last year that nobody had intruded into Indian territory. During an all-party meeting following the Galwan clash in June last year, Modi had stated no one had entered Indian territory.

Swamy stated that Modi had "de facto psychologically surrendered" by stating nobody had entered Indian territory.

Swamy was responding to a user who posted a news article carrying the views of Chief of Defence Staff General Bipin Rawat. Rawat told the Times Now Summit on Thursday that China, not Pakistan, was India's "biggest enemy".

Swamy appeared to take a jibe at Modi, referring to him as 'chief chowkidar' as he tweeted about Chinese troops carrying out construction activities in Ladakh and Arunachal Pradesh. Modi had prefixed the word chowkidar (watchman) to his Twitter name before the 2019 Lok Sabha elections to respond to the Congress party's allegations of corruption against him over the Rafale deal. Numerous BJP leaders and party supporters followed suit, prefixing chowkidar to their Twitter handles.

Swamy tweeted Modi supporters who opposed him were "writhing in pain since they have to drop the title of Chowkidar before their names, after the Chinese troops have entered undisputed Indian territory in Ladakh and Arunachal and built cantonments. Chief Chowkidar however claimed 'koi nahin aaya'…”

Swamy even warned China had "already declared war" and claimed more Indian territory was at risk. He wrote, "Tuck your tail and run if you feel war is not an option. China has already declared war by grabbing our territory. Soon Siachin [Siachen Glacier] will go , the PoK , renamed CoK."

After the Taliban took power in Afghanistan in August, Swamy had warned China, Pakistan and the Afghan militant group would join forces to attack India in a year's time.