Last week, Swamy had called on the Modi government to deploy 20,000 troops to Kabul 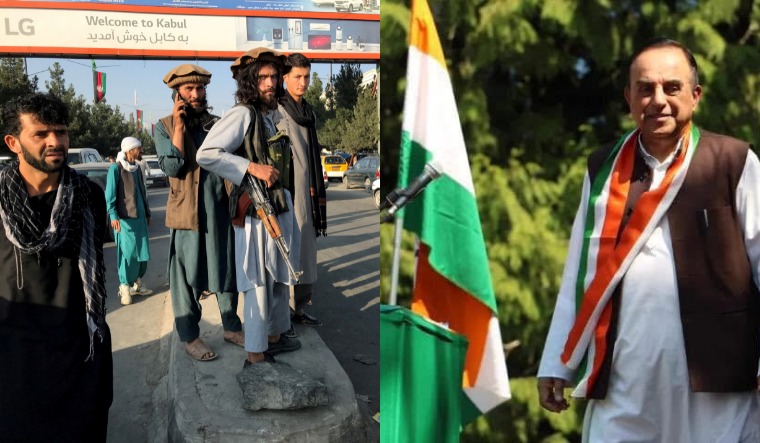 BJP MP Subramanian Swamy has been warning about the implications of a Taliban takeover of Afghanistan and in particular its impact on India for months.

With the Taliban firmly establishing control over Kabul on Sunday and announcing there would not be a transitional government, part of Swamy's prediction has come true.

On Monday, Swamy warned the Taliban would gang up with China and Pakistan to attack India in a year's time. Swamy tweeted, "Taliban the first year will have as leaders of Afghanistan govt those who are with feigned moderate views. In the meantime, the Provincial leaders will be the genuine brutal Taliban hard liners. After a year, Afghanistan secured, Taliban, Pakistan, and China will attack India."

Various anti-Taliban groups in Afghanistan have been alleging Pakistan was backing the Taliban in its ongoing campaign of conquest.

Swamy had on Sunday claimed India should open its doors to all "anti-Taliban" forces to help set up an "Afghan Govt in Exile" and even "militarily move" to recover Afghanistan. Swamy had tweeted, "Now India must open its doors to all anti Taliban anti Pak Afghans to come to India and help set up a Afghan Govt in Exile so that when India recaptures PoK we will get back India's original border with Afghanistan. Then we can militarily move to recover Afghanistan."

Last week, Swamy had called on the Modi government to deploy 20,000 troops to Kabul to safeguard minorities there.

In July 2018, Swamy had called on the Narendra Modi government to expand military ties with Afghanistan given the US talks with the Taliban to end Washington's military involvement in the war-torn country.

Swamy had then tweeted, "Biggest strategic decision for Namo: Sign a Indo-Afghanistan military assistance treaty and help Afghans with US armoury, or allow US to handover the country to Taliban and leave. Just have one year to decide".