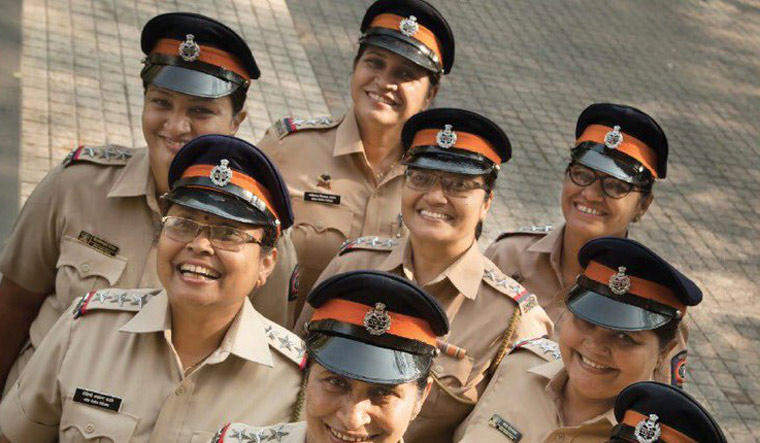 Lauding the jump in the number of women police personnel, Prime Minister Narendra Modi noted on Sunday that it had doubled between 2014 and 2020 and expressed hope that these new recruits will lead the "new age policing" in future.

In his monthly Mann Ki Baat broadcast, he said a notion existed earlier that the services like the Army and police were meant for men, but it was no longer so. He cited Bureau of Police Research and Development data to say that the number of women police personnel rose to over 2.15 lakh against 1.05 lakh in 2014.

His government had come to power in 2014.

Their numbers in the last seven years have almost doubled in the Central armed police forces as well, he said.

He added, "It has a most-positive impact on our police force and the morale of our society. The presence of women security personnel brings a natural confidence among people, especially women. They feel connected to them naturally. People tend to trust them more because of the sensitivity of women."

Saying that women cops are becoming role models for girls, the prime minister urged them to visit schools once they open and interact with girl students.

It will show a new direction to our new generation, he added.

"I hope that women will join police forces in even more numbers in the future and will lead our country's new-age policing," he said.

In his address, the prime minister also highlighted the unique role Indian women have played in increasing the influence and strength of the United Nations, which had officially come into force on this day in 1945.

In 1947-48, when the Universal Declaration of UN Human Rights was being drafted, it was being inscribed in that declaration that "all men are created equal", but following objection from an Indian delegate, Hansa Mehta, it was changed to "all human beings are created equal," Modi noted.

"This was in consonance with India's age-old tradition of gender equality," he said.

Another Indian delegate, Lakshmi Menon, had also strongly put forth her views on the issue of gender equality, while in 1953 Vijaya Lakshmi Pandit became the first woman president of the UN General Assembly, he noted.