Why ISRO may be prioritizing Gaganyaan mission over Chandrayaan 3 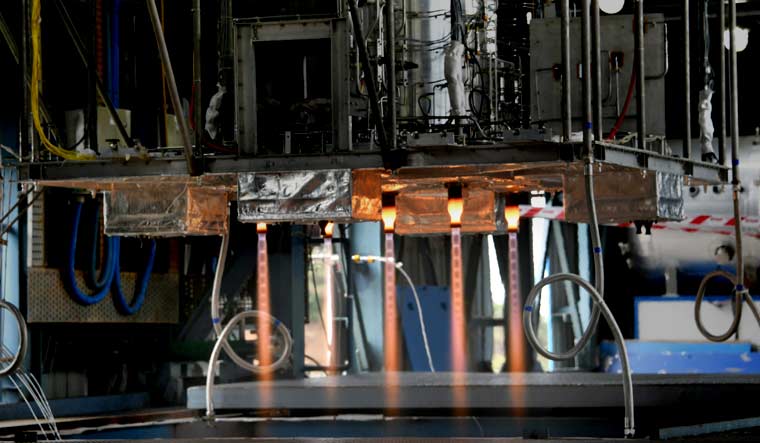 As the work on Chandrayaan 3 mission continues across ISRO (Indian Space Research Organisation) centres, there have been reports that ISRO may prioritize Ganganyaan over the Chandrayaan-3 mission. Though when contacted by THE WEEK there was no response from the ISRO PR team on any latest update for the Chandrayaan-3 mission, experts and sources have pointed out that due to the huge scale of the Gaganyaan mission there is a possibility of giving priority for the uncrewed Gaganyaan mission at the earliest. THE WEEK in an earlier report in July 2021 had mentioned that ISRO was carrying out an internal assessment of the Gaganyaan mission as to whether the mission can take off as per its schedule in December 2021. The lockdowns due to the two waves of the Covid-19 pandemic had disrupted the delivery schedules of the Gaganyaan mission.

“ISRO may be strongly focusing on its efforts centrally to make Gaganyaan a success since there are a lot of new technologies and safety protocols needed for the mission to be successful. On the other hand, ISRO may be performing further tests on the propulsion systems for safe lunar surface insertion based on the learnings of Chandrayaan 2 for the Chandrayaan-3 mission,” remarked Narayan Prasad, the Chief Operations Officer, Satsearch.

As per regular updates from ISRO, it seems that the Gaganyaan mission is a priority. ISRO had been updating on regular successful tests for the Gaganyaan mission at regular intervals but not much on the Chandrayaan-3 mission. It includes successfully conducting the third hot test of the Vikas engine at the engine test facility of ISRO Propulsion Complex, at Mahendragiri in Tamil Nadu. The third successful test of the Vikas engine assumed immense significance as the success of the tests were necessary to ensure both the safety and the reliability of the engine for the special and specific requirements of the Gaganyaan mission.

ISRO had also successfully conducted the first hot test of the System Demonstration Model (SDM) of the Gaganyaan Service Module Propulsion System for a duration of 450 s at their test facility the Propulsion Complex (IPRC), Mahendragiri, Tamil Nadu. The system performance met the test objectives and there was a close match with the pre-test predictions. Further, a series of hot tests had been planned to simulate various mission conditions as well as off-nominal conditions. The Service Module is part of the Gaganyaan Orbital module and is located below the crew module and remains connected to it until re-entry.

“We got very close to being one of the few counties to successfully land on the moon with Chandrayaan-2. With the lessons learnt, Chandrayaan-3 will have a significantly higher chance of sticking that landing and putting India on the global map again. Delays are a part of the space industry and especially with Covid-19 wreaking havoc with the schedules, what ISRO has managed to keep going is commendable,” observed Awais Ahmed, the Founder and CEO of Pixxel.

This expert further explains that Chandrayaan-3 will carry a lander and rover which is expected to explore the lunar surface. “It will not carry an orbiter since the orbiter was already demonstrated with Chandrayaan 2. The instruments will help us understand the composition of the surface and whether there is ice or water that can be used for settlements on the moon down the line,” added Ahmed.