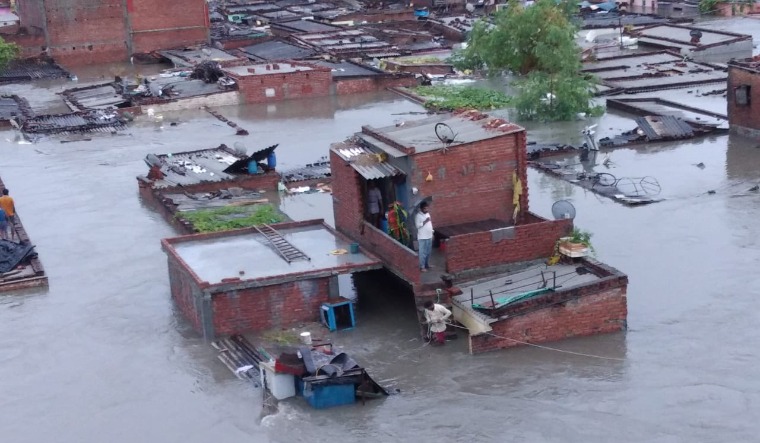 At least 17 people have been killed in floods caused by heavy rainfall in Uttarakhand, The Times of India reported on Tuesday. On Monday, five people, including three labourers from Nepal, were killed after a landslide in Champawat district.

On Tuesday, the state emergency operation centre was quoted by The Times of India as saying seven people had been killed in separate rain-related incidents in Nainital district the previous night.

A bridge being built over the Chalthi river in Champawat was washed away after water levels rose.

Nearly 100 people were stranded at the Lemon Tree Resort in Ramnagar after water from the overflowing Kosi river entered the hotel. Uttarakhand DGP Ashok Kumar announced on Tuesday that the stranded people were safe and efforts were on to rescue them.

In the tourist town of Nainital, the Nainital Lake overflowed, flooding the famous Mall Road and water entered buildings.

The Indian Air Force has deployed helicopters to Nainital and Uddham Singh Nagar for rescue operations.

Earlier on Tuesday, Prime Minister Narendra Modi spoke to Uttarakhand Chief Minister Pushkar Singh Dhami to take stock of the situation in the state. Modi also spoke to Union Minister Ajay Bhatt, who hails from the state, in this regard, official sources said.