'No other way to stop genocide of Hindus': Swamy on call to invade Bangladesh 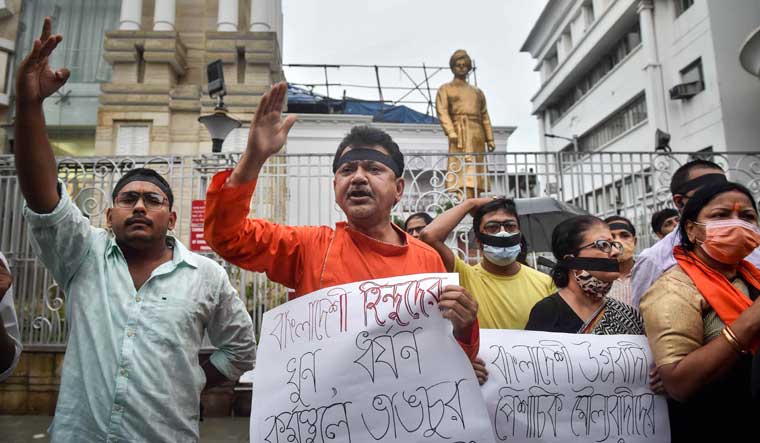 Days after attacks on Hindu temples in Bangladesh triggered an uproar, BJP MP Subramanian Swamy on Monday reiterated a provocative suggestion he has made in the past—India should invade its eastern neighbour.

The attacks on multiple temples on Durga Puja in Bangladesh led to anger in India, particularly among rightwing groups. On Monday, Swamy tweeted a media report from 2018 that quoted him as saying, "If Bangladesh does not stop torturing the Hindus, I would recommend that our government invades Bangladesh and takes it over".

Not surprisingly, the post evoked questions from Twitter users. But Swamy, as his fashion, defended his views trenchantly. When asked by users why India should invade another country, Swamy replied, "It can to prevent genocide-- Nuremberg Trial of Nazis", referring to the Nuremberg trials after the Second World War. The Nuremberg trials laid the foundation for the concept of international intervention to stop acts of genocide in other countries.

To another user, Swamy responded, "If PM [Sheikh] Hasina does not take corrective action, then there is no other way to stop the creeping genocide of the defenceless Hindus in BD."

In November last year, Swamy repeated his call to seek military action against Bangladesh after Islamic radicals attacked Hindu homes in Comilla. Swamy then tweeted, "Bangladesh Govt needs to be sternly told: Crack down or India can send troops and crack down for you."

Bangladesh Prime Minister Sheikh Hasina—while declaring the perpetrators of the recent attacks would be punished—had a message for India.

While speaking to Bangladeshi Hindus last week, Hasina hinted India needed to be careful about incidents that would affect minorities in Bangladesh. Hasina appeared to be alluding to incidents of alleged repression of Muslims in India.