Raut demanded Bharat Ratna for V.D. Savarkar on many occasions 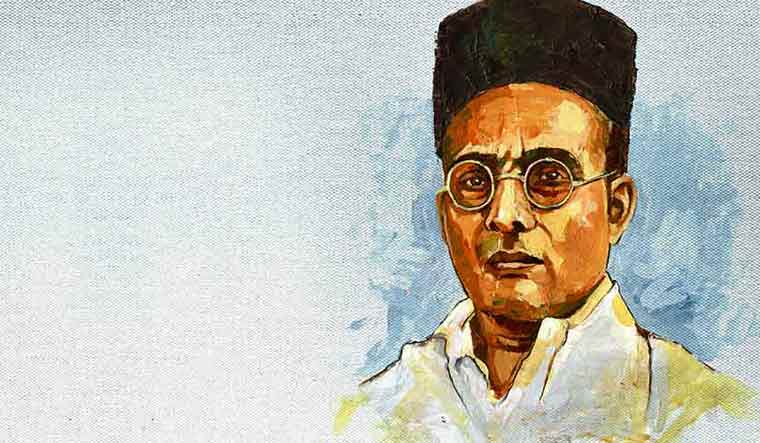 A painting of V.D. Savarkar by Bineesh Sreedharan

Shiv Sena MP Sanjay Raut on Wednesday said Veer Savarkar had never apologised to the British, a day after Defence Minister Rajnath Singh claimed that the freedom fighter had written mercy petitions to the British on Mahatma Gandhi's request.

Talking to reporters in Pune, Raut said freedom fighters who languish in jail for more than ten years can adopt a strategy thinking they can do something after coming out of jail instead of remaining inside.

In politics or while serving imprisonment, a different strategy is adopted, Raut said.

Read: BJP will make Savarkar father of the nation:' Owaisi on Rajnath's comments

Raut, who had demanded Bharat Ratna for V.D. Savarkar on many occasions, said the freedom fighter, a Hindutva icon, has always been an ideal for his party.

When asked about Rajnath Singh's statement on Savarkar, Raut said he was not aware of it.

Rajnath Singh on Tuesday hailed Veer Savarkar as a staunch nationalist and India''s first military strategist in the 20th century and said it was on Mahatma Gandhi''s request that he wrote mercy petitions to the British and people from the Marxist and Leninist ideology wrongly accuse him as a fascist.

Meanwhile, Raut said the Sena-led Maha Vikas Aghadi (MVA) government will ensure that votes are not divided in the local body elections, due early next year.

"In Pimpri Chinchwad in Pune district, Shiv Sena will install its mayor. In Pune city also we aim to have our mayor," he said.

Pimpri Chinchwad is considered the stronghold of the Nationalist Congress Party headed by Sharad Pawar.