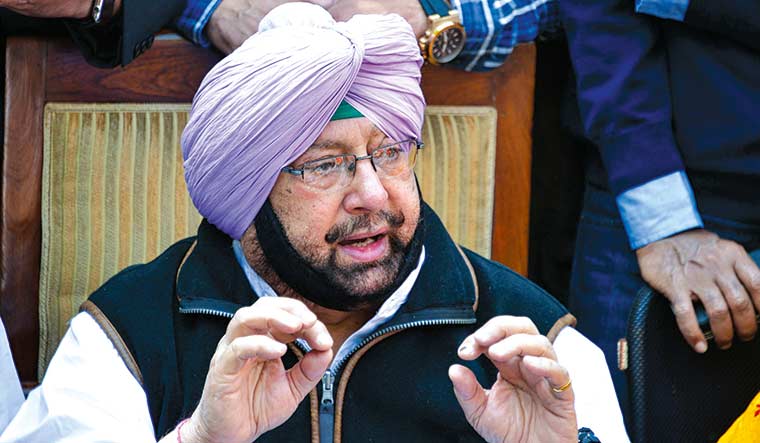 Former Punjab Chief Minister Capt Amarinder Singh is all set to be a player in the coming Assembly elections and is learnt to have decided to launch his own outfit, an announcement regarding which is expected to be made in the coming days.

According to sources, some names have been shortlisted for the new party, and Amarinder could zero in on 'Punjab Vikas Party', which has so far got a maximum endorsement from his supporters, and the former chief minister also likes it.

The 79-year-old leader is learnt to be in the process of reaching out to leaders in the Congress he expects could support him as he seeks to strike out on his own in the Assembly polls. Amarinder had recently declared that he will not stay in the Congress and talked about feeling utterly humiliated at the manner in which he was ousted from the chief minister's chair.

Amarinder has also made it known that the top of his agenda would be to ensure that his bete noire PCC president Navjot Singh Sidhu is defeated in the state elections. In an interview with The Week, he had said that he was willing to do whatever it takes to stop Sidhu from becoming chief minister, which included putting up a strong candidate against him. This was a clear indication that Amarinder was on his way out of the Congress.

The veteran leader, even as he has made it clear that he will not be joining the BJP, is expected to be exploring the possibility of having some kind of an understanding with the saffron party. With just about four months left for the Assembly elections, and huge limitations staring him in the face, such as his age and the burden of unkept promises made in the previous polls, Amarinder realises that he needs support to put up a fight in the form of an organisational set-up, feet on the ground and resources. He could be looking to the BJP to help him in this regard.

Amarinder has been prompt in stressing on national security as an issue of concern in Punjab. It is an issue on which he is in sync with the BJP, and it also helps him attack Sidhu, who he claims is close to the Pakistani establishment.

The former chief minister's meeting with Union Home Minister Amit Shah has given rise to speculation on what kind of an understanding he will have with the BJP. For his part, Amarinder has said that he discussed with Shah the farmers' agitation against the three contentious farm laws and urged the Centre to repeal them. Amarinder's tie-up with the BJP will hinge on how the issue of farm laws is tackled since he has been opposed to them.

Amarinder's capacity to cause damage to the Congress is debatable since he is said to be discredited because of the unpopularity of his regime. He will have to answer the people about his government's unkept promises. However, he cannot be dismissed completely either since he is the tallest leader of the Congress in the state at present and must have a dedicated following.