I have realized that my remarks have caused pain for my brothers, he said 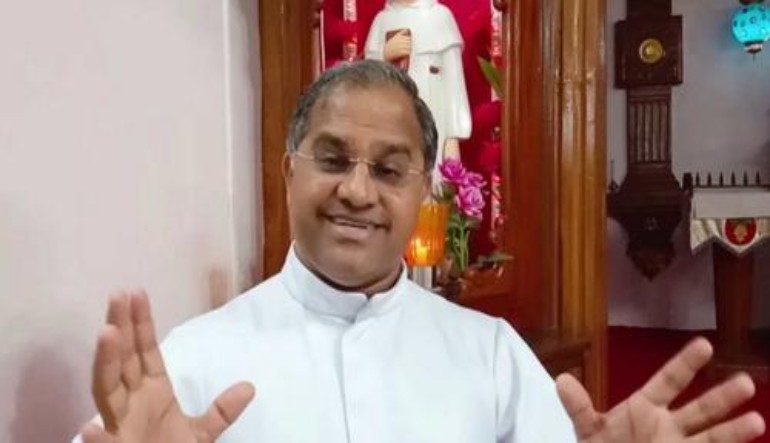 A catholic priest in Kerala, on Sunday, tendered an apology to the Eazhava community following a social media uproar over his recent statement targeting youths of the state's numerically strong section of the Hindu religion.

While handling a virtual class for catechism teachers of a Syro Malabar Church diocese, Roy Kannanchira alleged that Eazhava youths had recently lured nine girls from a parish under the Syro-Malabar Church near Kottayam.

His statement was recorded and leaked to the media allegedly by someone who attended the class.

Although the SNDP yogam, the outfit of the Eazhava community did not react to his remarks, it was widely condemned by the social media users in the state.

"I have realized that my remarks have caused pain for my brothers of the Eazhava community," Kannanchira said and tendered an unconditional apology.

The priest said he made the comments as he was talking about the instances in which men from other communities marry women belonging to the Catholic community without the permission of their parents.

He also said many priests were receiving complaints in this regard. Kannanchira said his words should not become a cause to disrupt the secular fabric of the state.

Talking to the catechism teachers, the priest had said, "We are discussing love jihad and narcotic jihad but along with that our kids are being attracted to other communities also and we have received information that youths are being strategically trained for the purpose."

Such incidents are happening as religious teachers, parents and priests, who have set aside their lives for this purpose, have failed in their duty.

"This is a major crisis faced by the Catholic church today," he had said.

The priest's statement comes amid a raging row in the state over controversial ''love and narcotic jihad'' jibe of Pala bishop Joseph Kallarangatt.