Rao is a 1990 batch IPS officer from Karnataka cadre 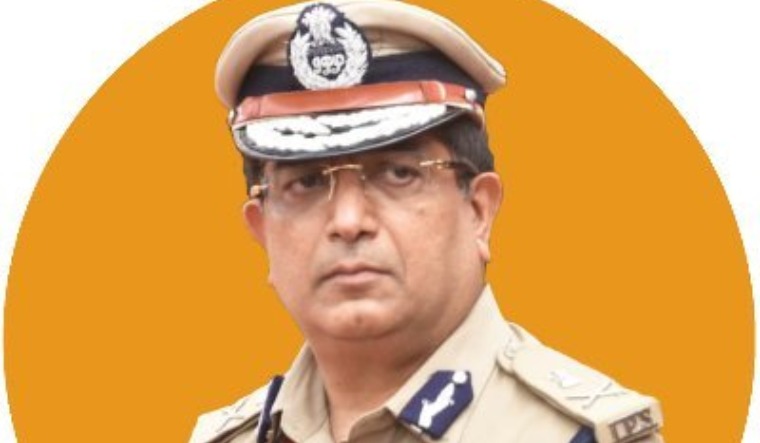 Senior IPS officer Bhaskar Rao, who is currently serving as the Additional Director General of Police, Railways in Karnataka has sought voluntary retirement from service on Thursday, triggering speculations over his entry into politics.

Rao, a 1990 batch IPS officer from Karnataka cadre, applied for VRS three years ahead of his retirement age, citing personal reason. He has served as the Bengaluru city police commissioner between  August 2, 2019 and August 1, 2020 and was appointed ADGP, Karnataka State Reserve Police and Internal security division, prior to his current posting.

According to sources, Rao is preparing to contest the 2023 Assembly elections from Basavangudi, a Brahmin dominated constituency currently held by BJP MLA Ravi Subrahmanya, an uncle of Bengaluru South MP Tejasvi Surya.

Earlier this month, Rao had filed a protest petition before the CBI special court against the closure (B report) in the phone tapping case.

The phone-tapping scandal broke out during the JDS-Congress regime led by H.D. Kumaraswamy after an audio recording of a conversation—allegedly between Rao (who was then Bengaluru police commissioner) and powerbroker Faraz Ahmed, said to be close to the Congress—was leaked to the media on August 8, 2019.

In the recording, the person purported to be Rao is heard lobbying for the post of city police commissioner, and seeking the “blessings” of Congress president Sonia Gandhi and her former political secretary Ahmed Patel.

On August 19, the state home department told the CBI to investigate the case, citing a complaint registered with the cyber crime police station in Bengaluru under section 72 of the Information Technology Act, 2000, and section 26 of the Indian Telegraph Act, 1885 as it had huge political ramifications too. However,  the CBI, which probed the case stated that a head constable in the Technical Support Centre (TSC) had got instructions for lawful interception of phone calls of Faraz Ahmed and he heard Rao talking to him.

“Investigation has revealed that on August 2, 2019, IPS officer Alok Kumar had asked Mirza Ali Raza, inspector of the TSC to bring the calls pertaining to Faraz and others in a pen drive to his office. On Mirza Ali Raza’s instruction, head constable Anand handed over the pen drive along with head phone and laptop to Alok Kumar. The CBI also sought closure of the case saying there was no direct evidence to prove with certainty that who has leaked the intercepted audio files and in absence of sufficient evidence, allegations of the FIR could not sustain.