The incident was reported from Puthur village in Thrissur district 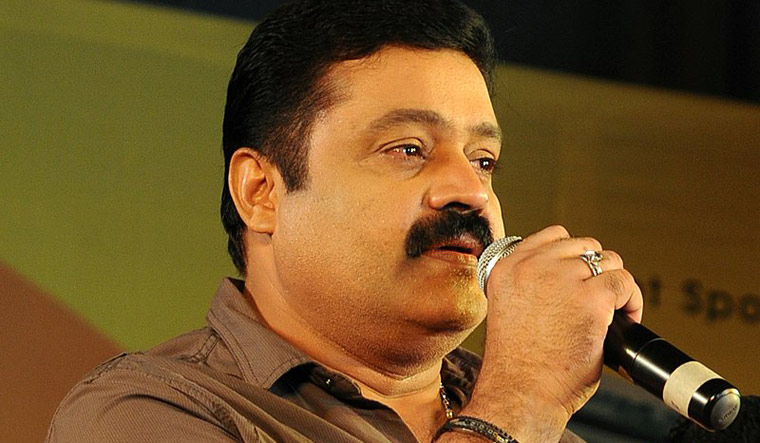 Rajya Sabha MP Suresh Gopi on Wednesday courted a controversy, demanding an honorary salute from a police officer who allegedly did not acknowledge his presence while visiting a village in the district affected by a storm in the locality.

When news channels started telecasting visuals of the act, the actor-turned politician justified it, saying he had not demanded the salute, but 'gently' informed the police officer that he, as an MP, deserved a salute.

The incident was reported from Puthur village in Thrissur district today.

Gopi, who has donned the role of police officers in several Malayalam movies, said while talking to people in the affected area, he asked whether forest officials were present there.

When he noticed police personnel in a jeep who did not acknowledge his presence, Gopi told the Sub Inspector that he was an MP, not a Mayor and deserved a salute.

Addressing the officer as "Sir," Gopi also requested the official to inform the forest officials to remove the uprooted trees from the area.

Talking to the media, Gopi, who unsuccessfully contested April 6 Assembly polls on a BJP ticket from Thrissur, said he had not ordered the police officer to salute him.

"I spoke to him gently and addressed him as "sir". When I noticed the jeep, I thought it was a forest department vehicle. When I realised it was a police jeep and a police officer got off it, I told him, sir, I am an MP, so I deserve a salute", he told a news channel.

Reacting to it, the Kerala Police Officers Association said a salute can only be given to those who are legally eligible.

Though MPs and MLAs will not come under this category, police officers generally show their respect towards them also, an office bearer of the association said.

In July this year, Thrissur municipal corporation Mayor M K Varghese had approached the state police chief with the demand for an honorary salute from the policemen.