Ban on firecrackers during Diwali in Delhi to continue: Kejriwal 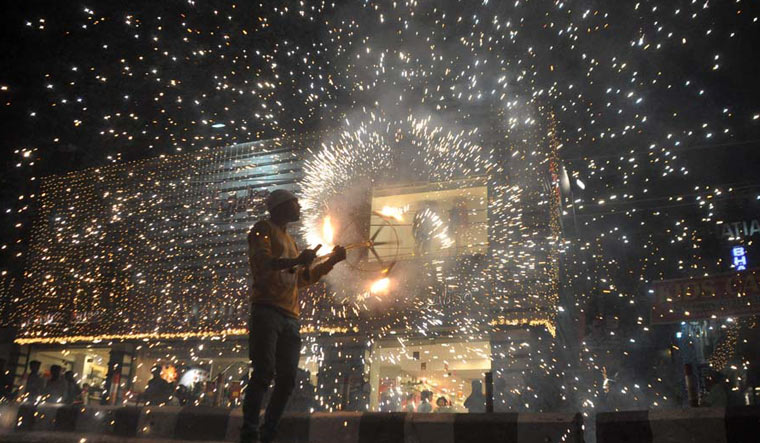 Delhi Chief Minister Arvind Kejriwal took to Twitter on Wednesday to announce that the ban on sale and use of firecrackers during Diwali would continue.

Kejriwal tweeted, "In view of the dangerous condition of Delhi's pollution during Diwali for the last 3 years, like last year, a complete ban is being imposed on the storage, sale and use of all types of firecrackers... so that people's lives can be saved."

Kejriwal appealed to traders to not store firecrackers this year. He tweeted, "In view of the seriousness of pollution after the stocking of firecrackers by traders last year, a complete ban was imposed late, which caused losses to the traders. It is an appeal to all the traders that this time in view of the complete ban, do not do any kind of storage." Kejriwal noted that the ban was being announced in advance to “help prevent financial loss for traders”.

Diwali will be celebrated in the first week of November this year. Air pollution had risen in the winter months in Delhi in recent years on account of excessive use of firecrackers and burning of stubble by farmers in neighbouring states.