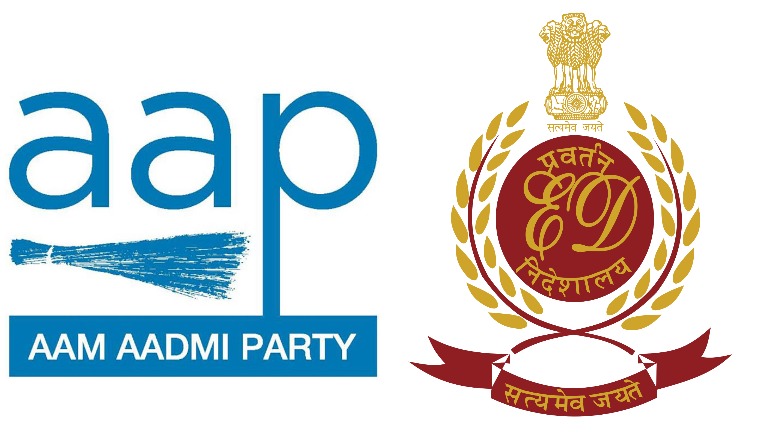 In what will open another chapter of confrontation between the Aam Aadmi Party and the BJP-ruled Centre, the ruling party in Delhi today claimed that it had received a notice from the Enforcement Directorate and accused the Narendra Modi government of using the investigating agency to indulge in political witch-hunt.

AAP leader Raghav Chadha, addressing a press conference in Delhi, said AAP's National Secretary Pankaj Gupta has been summoned by the ED on September 22 in connection with a case under the Prevention of Money Laundering Act.

He said that since the BJP has not been able to “electorally assassinate” the AAP, it was now trying to “character assassinate” the party. He further said, in words similar to those used by Shiv Sena's Sanjay Raut recently, Prime Minister Modi's “favourite agency”, the ED, has written a “love letter” to the AAP.

“The ED is acting like a frontal organisation of the BJP. It has become a politically revenge seeking department,” Chadha said.

The money laundering case in question involves Congress leader and MLA Sukhpal Singh Khaira, who is being probed by the ED. The agency had raised the premises of Khaira and his family members in Delhi in connection with the case that has linkages to the Fazilka drug trafficking case of 2015 and a fake passport racket.

The AAP has been quick with its political response to the ED notice, with Delhi Chief Minister Arvind Kejriwal tweeting: “In Delhi they tried to defeat us with IT Dept, CBI, Delhi Police—but we won 62 seats. As we grow in Punjab, Goa, Uttarakhand, Gujarat, we get an ED notice! The people of India want honest politics—these tactics of BJP will never succeed, they make us stronger.”

The idea behind the AAP reaction is to connect the ED move with the Assembly elections due in the coming year and to convey a picture of a rattled BJP misusing central agencies to target the AAP. In the past, the party has accused the BJP-ruled Centre of using investigating agencies as also the Delhi Police against its ministers and legislators in the national capital. A clean chit by courts in some of the cases has given the AAP an opportunity to state that it stood vindicated in its claims that its leaders were being targeted by the BJP.

Chadha's press conference and reactions by other senior leaders, including the chief minister, was also accompanied by the party's social media initiative to focus on the BJP's alleged misuse of central agencies to carry out a witch-hunt against the AAP. Kejriwal's party sought to get the hashtag '#ModiFearsKejriwal' to use the occasion to convey the idea that Modi and his party are rattled by Kejriwal.