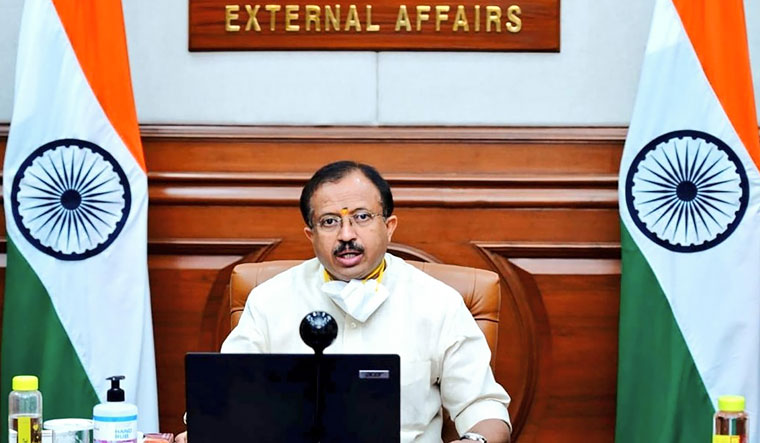 Union minister V. Muraleedharan on Saturday came in support of Kerala Bishop Jospeh Kallarangatt whose remarks on alleged ‘narcotic jihad’ had stirred up a political storm in the state. Muraleedharan said both the ruling CPI(M) and the opposition Congress should have supported the bishop instead defending the ‘jihadi elements’ in the state.

"Instead of defending the Jihadist elements of society, Congress and CPI(M) should have supported the bishop and asked the state government to take action against those indulging in love jihad and narcotic jihad. I am surprised that the statements of the bishop have been criticized by some of the leaders of CPI(M) and Congress," Muraleedharan said.

Pointing out that the philosophy of the Islamic State which is the “elimination of all non-Muslims” is a well-known fact, the minister said, “A former director general of police of Kerala had mentioned earlier that Kerala is a recruiting centre of IS activities,” he said.

The Pala bishop had triggered a controversy on Thursday, saying that Christian girls were largely falling prey to "love and narcotic jihad" in Kerala and wherever arms cannot be used, extremists were using such methods to destroy the youth belonging to other religions.

As part of the "love jihad", non-Muslim girls, especially those belonging to the Christian community, were largely being converted after trapping them in love and being exploited and misused for destructive activities like terrorism, the bishop, belonging to the Syro Malabar Church, alleged.

Kallarangatt’s remarks drew huge protests from Muslim outfits while the CPI(M) and the Congress termed his statements “irresponsible”.

Chief Minister Pinarayi Vijayan condemned the remarks, saying those in responsible positions should be cautions and not drive wedges between the people.

Opposition leader V.D. Satheesan on Saturday accused the Sangh Parivar of trying to create Muslim-Christian sectarianism in Kerala and requested the people of the state not to disrupt communal harmony.