The classes will be conducted with 50 per cent attendance 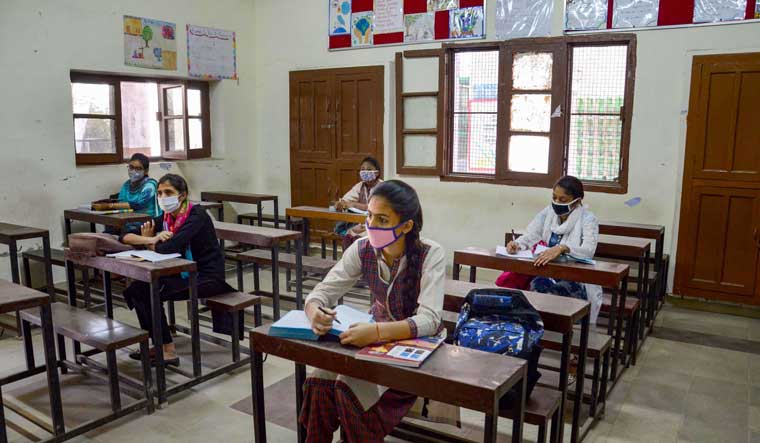 A day after it announced relaxations in night curfew during Janmashtami and Ganpati Festival, the Gujarat government on Wednesday announced that offline classes for grade 6 to 8 will begin from September 2.

The decisions have been taken keeping in view the decreasing number of COVID-19 cases in the state.

After the cabinet meeting in state capital Gandhinagar, Education Minister Bhupendrasinh Chudasama said that the offline classes for grade 6 to 8 will begin with 50 per cent attendance.

He said that attendance is not compulsory and online classes for these grades will continue.

Offline classes for grade 9 to 12 have already begun in the state.

The minister said that the standard operating procedures will have to be followed and facilities will be set up for hand washing.

On Tuesday, the state government had announced relaxations for celebrating Janmashtami and Ganpati festivals.

Eight major cities of the state have night curfew from 11 pm to 6 am. Chief Minister Vijay Rupani had announced that on Janmashtami day, the night curfew would come into force from 1 am instead of 11 pm.

Temples will be allowed to permit only 200 people at a given point of time and circles will be drawn to maintain two-feet distance.

However, the “matki fod” ritual will not be allowed.

For the Ganpati festival, at public places only 4-feet Ganesha statues will be allowed and at home 2-feet. Only puja, aarti and prasad distribution will be allowed during the festival and no associated function can take place.

During the festival, the night curfew will come into force from 12 midnight instead of 11 pm.