Congress comes out in support of protesters 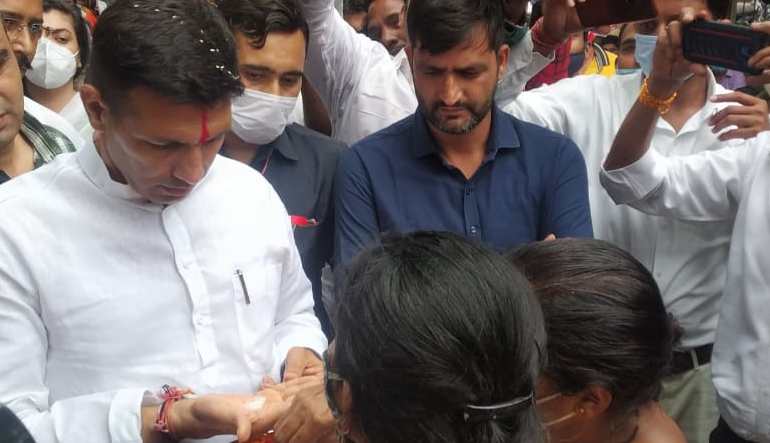 Anger and frustration over unemployment spilled over into the streets of Bhopal on Wednesday, with a group of youths and candidates selected for teaching posts staging separate protests in the state capital.

The unemployed youth, protesting under the joint banner of 'Movement Against Unemployment' were lathi charged by police near the Lal Parade ground even as they tried to move towards the CM House in a bid to gherao it. Several protesters were detained and many were taken 25km outside the city limits in a bus and released there. The organisers have claimed that at least two dozen protesters were injured in the police action.

They said hundreds of posts were vacant in the government sector but there is no move to fill them up.

Meanwhile, candidates selected as government school teachers but awaiting appointments for three years gathered near the BJP headquarters in the city and began another phase of their protest. Many women protesters were carrying Rakhshabandhan paraphernalia and said they wanted to tie Rakhi to the chief minister and get appointment letters as gifts. Some women were seen crying, others prostrating and even doing sit-ups at the protest site. A large police force was deployed at the site to prevent any untoward incidents.

Selection process for over 32,000 teaching posts in government schools was completed in 2018-19 and verification of documents was also conducted recently, but candidates are yet awaiting appointments. They have held repeated protests and met various levels of officials and people’s representatives to no avail, the organisers said.

Meanwhile, the Congress came out in support of the protesters. Party leaders condemned the use of force by police on the unemployed youth. Congress spokesperson K.K. Mishra said the government of General Dyre (indicating the Jallianwala Bagh action) was ruling Madhya Pradesh and youth were getting canes, water cannons and tear gas in place of employment.

Talking to media persons, Patwari dared Chief Minister Chouhan to make public the list of one lakh employment as claimed by the government. He said if the chief minister cannot make the list public, he should apologise to people for speaking lies. Patwari also said the CM was not even ready to come and get Rakhi tied from women who were protesting in rain with small kids in arms. He warned the government that Congress will take due action if appointments were not provided to selected candidates and the problem of unemployment was not resolved.

Former chief minister Kamal Nath tweeted on the issue, saying that the barbaric lathi charge on the unemployed youth was condemnable and shameful. He said this was the truth behind the claims of the Shivraj government of providing one lakh employment per year.

Addressing Chouhan in another tweet, Nath said that hundreds of sisters selected as teachers were trying to tie Rakhi to the CM and get appointment letters. There were tears in their eyes and they were protesting before the BJP office leaving their homes. “Do justice to these sisters,” Nath tweeted.