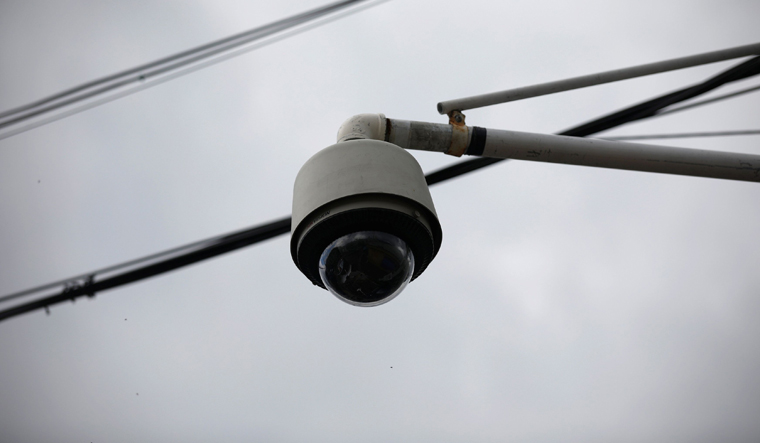 A high-level inquiry is underway over the installation of cheap quality surveillance devices in high-security buildings, including South Block, North Block, and Sena Bhawan. Several key officials of the defence ministry are alleged to be involved in the alleged scam. The probe not only looks at misappropriation of over Rs 100 crore fund allocated, but also the issue of compromising national security.

South Block houses the Ministry of Defence, Ministry of External Affairs, and Prime Minister's Office, while North Block has the home and finance ministries.

Interestingly, the revelations come a day after the Union government was accused of allegedly snooping on various politicians, bureaucrats, and journalists.

A public-sector undertaking was given the task of installation of security and surveillance devices in these high-security buildings in the Central Secretariat. The project, worth Rs 100 crore, included installing networking devices, long-range radars, junction boxes, and intrusion alert systems. Surveillance devices were also to be put in place at the boundary walls of South Block and Sena Bhawan. However, it turns out that the devices lack a strong security firewall and can be remotely accessed by anyone.

After a series of complaints to the top government functionaries, a discreet probe is ordered to get to the bottom of the case. A senior official privy to the development told THE WEEK that installation of duplicate cheap types of equipment indicates massive fund misappropriation. The official alleged that two former Army and Air Force officers, hired by the company as consultants for the project, created a nexus with vendors, key bureaucrats, and ex-officials to procure and install cheap and sub-standard quality Chinese surveillance devices. "The matter is under investigation. Besides misuse of funds, it also has serious security implications," an official said, who added the old identity cards of officials were used to get easy access to these high-security zone establishments.

The security division of the defence ministry officials, however, maintains that the majority of these systems are nonfunctional, but is a clear case of intrusion.

In 2018, after the leak of classified documents from various central ministries, the government had put in place stricter access norms for high-security defence establishments. Besides stricter guidelines for entry of visitors, installation of surveillance cameras and access-control devices were also placed to prevent any security breaches. CCTVs were not only installed at the entry and exit points, but also on the corridors of these establishments. Following an incident involving a senior military officer passing on information to a foreign national who posed as a senior bureaucrat, defence ministry officials were warned not to speak about confidential matters even on internal telephone lines. It was also decided that Indian nationals working with foreign firms would be treated on par with foreigners to enter South Block.

After several incidents of cybersecurity breach, the use of dongles on internet-connected, bluetooth- enabled laptops are strictly prohibited in high-security offices.