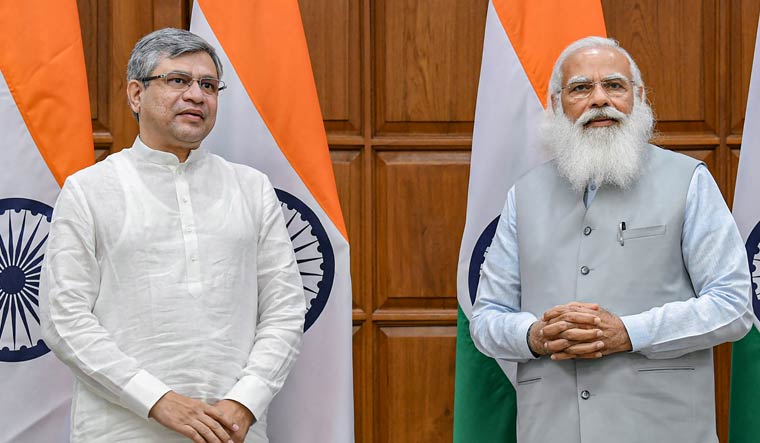 The Central government on Monday was on the defensive and reiterated that the Pegusus exposure is an attempt to malign Indian democracy and its well-established institutions. Speaking in the Lok Sabha on the global media scoop on state-sponsored spying on various organisations and individuals, including journalists and human rights activists, newly appointed IT Minister Ashwini Vaishnaw said India has a well-established procedure through which lawful interception of electronic communication is carried out for the purpose of national security.

"Any form of illegal surveillance isn't possible with checks and balances in our laws and robust institutions. The basis of this (Pegasus) report is that there is a consortium that has got access to a leaked database of 50,000 phone numbers. The allegation is that individuals linked to these phone numbers were being spied upon. However, the report says that the presence of a phone number in the data does not reveal whether a device was infected by Pegasus or subjected to an attempted hack," Vaishnaw added.

He said that all requests for lawful interceptions of electronic communication are made as per relevant rules under provisions of Sec 5(2) of Indian Telegraph Act, 1885 & Sec 69 of Information Technology Act 2000. Each case of interception is approved by the competent authority.

He also highlighted that the press reports appeared a day before monsoon session of Parliament, and that cannot be a coincidence.

"In the past, similar claims were made regarding use of Pegasus on WhatsApp. Those reports had no factual basis and were denied by all parties," he noted.

Meanwhile, the Lok Sabha was adjourned without transacting much business on the first day of Parliament's monsoon session as the opposition, protesting over a host of issues, disrupted proceedings through the day.