This year, 78 militants have been killed in Jammu and Kashmir so far 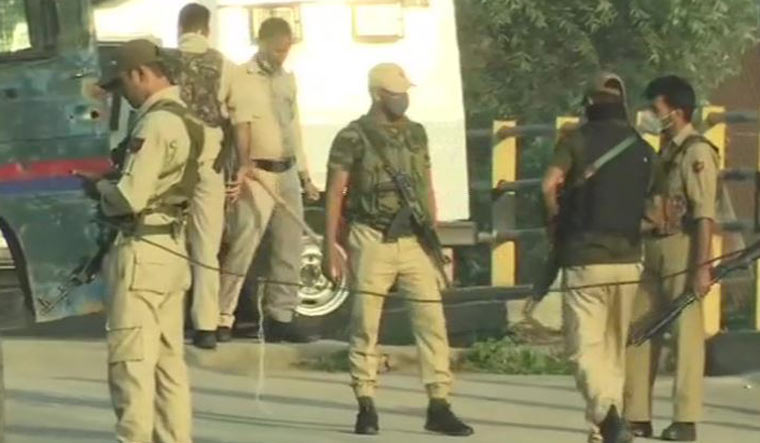 Security personnel at the encounter site in Srinagar | ANI

Two militants were killed in an encounter with security forces at Danmar in Syedpora locality in Srinagar on Friday.

The identity of the two militants has not been ascertained.

The encounter started after police received information about the presence of militants in the area.

A joint team of police and CRPF threw a cordon around the area and started a search operation. During the search operation, the forces came in contact with the militants, resulting in a fire-fight in which two militants were killed, sources said.

This year, 78 militants have been killed in Jammu and Kashmir so far.

Of these 78, 39 belonged to Lashkar-e-Taiba. The rest were from Hizbul Mujahideen, Al Badr, Jaish-e-Muhammad and Ansar Gazwat-ul-Hind. More details of the encounter will emerge after the operation is concluded.