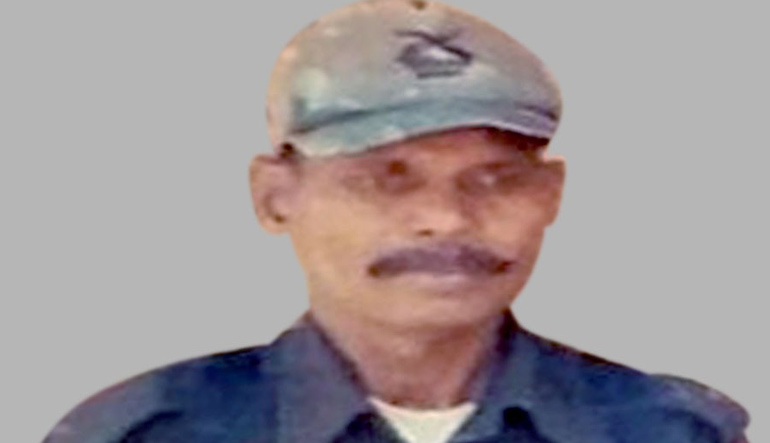 Another key Maoist leader, Vinod Hemla alias Hunga alias Vinodanna, a key accused in the 2013 Darbha valley massacre of the Congress leaders, is reported to have died due to COVID-19 in a Naxal hideout in Bastar region on July 11. He carried a reward of Rs 8 lakh.

Inspector General of Police of (Bastar range) Sundarraj P., in a statement shared with THE WEEK, said the Maoist leader was ailing for a month and died in a hideout on inter-district borders of Bijapur and Sukma districts in Bastar. His last rites were performed on July 13, the IG said.

Vinodanna was a member of the Darbha divisional committee of the Communist Party of India (Maoist) and was originally a resident of village Puvarti in Sukma district – the home village of most wanted Naxal commander Hidma of People’s Liberation Guerilla Army (PLGA) battalion no. 1 of the Maoists.

Vinod’s death is among a series of deaths of Maoists leaders due to COVID-19 reported in the recent past. Though the police have been speaking about the spread of COVID-19 infection in Maoists camp since May this year and said at least a dozen leaders and cadre had died, the Maoists formally accepted the death of two leaders – Haribhushan and Bharatakka – only on June 24.

When these deaths were accepted, IG Sundarraj had released a statement saying the Bastar Police received information that People’s Liberation Guerrilla Army (PLGA) battalion no. 1 Commander Hidma and other senior Naxal cadres like Vinod, Sonu, Jaiman, and Nandu have tested positive for COVID-19, and that efforts were on to confirm the reports. Now, out of these, Vinod Hemla has succumbed, the IG claimed.

Vinod Hemla alias Vinodanna, who reportedly joined Maoist camp in 1994, was said to be the mastermind of at least 16 big incidents in Dantewada, Bastar, Sukma and Bijapur districts. Active in Katekalyan, Malangir and Kanger valley area, Vinodanna was made the Darbha divisional committee member in 2009, according to the police.

He was one of the key accused in the Darbha valley attack that saw 27 deaths in May 2013, including former Congress minister Mahendra Karma, the then Congress state president Nand Kumar Patel and senior leader Vidyacharan Shukla (who succumbed to injuries a few days later).

Meanwhile, a central reserve police force (CRPF) jawan and a villager, who seems to have been caught in cross-firing, were injured in an encounter with Maoists in Galgam under Usoor police station of Bijapur district on Tuesday afternoon.

Police have claimed that at least three to four Maoists may have sustained bullet injuries given the evidence on the spot. Earlier, there were reports of recovery of the body of a Maoist, which the police denied later. Search in the nearby areas was continuing during the filing of this report.

A statement issued by the IG's office in Bastar said the encounter lasted about 45 minutes when the personnel of 222nd and 196th battalions of the CRPF were out on searching and road safety operations.

The injured jawan has been identified as Constable Mithilesh Kumar of the 196th battalion, who sustained a bullet injury on his waist. Meanwhile, a man called Kottam Soma, a resident of Nadpalli village, was found on the encounter spot with a bullet injury to his leg. The constable and Kottam Soma were both shifted to Bijapur district hospital for treatment and they are out of danger, the police statement said.