Javadekar, Ravi Shankar Prasad, too, resign ahead of Cabinet reshuffle

Under-fire Health Minister Harsh Vardhan, too, had resigned earlier in the day 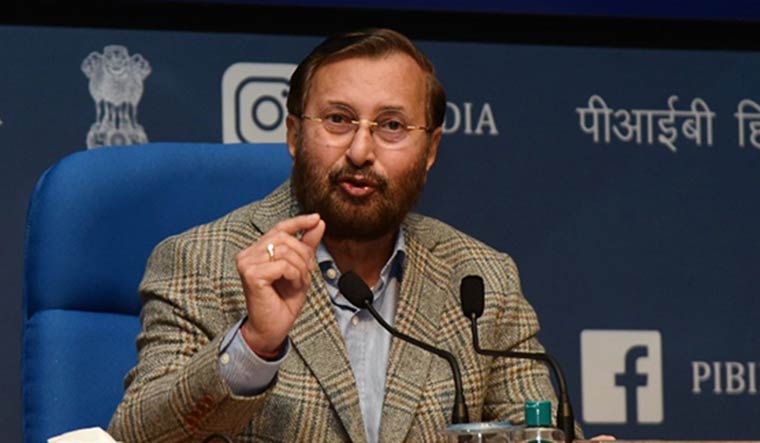 The flurry of resignations in the Narendra Modi-led Union government continued, with Union Minister for Information and Broadcasting Prakash Javadekar and Union Minister of Information Technology Ravi Shankar Prasad, too, resigning ahead of the Cabinet rejig today.

Social Justice and Empowerment Minister Thaawarchand Gehlot had resigned after he was made Governor of Karnataka on Tuesday.

Vardhan, whose handling of the COVID-19 crisis had drawn flak from the opposition parties, resigned from the Union Council of Ministers, official sources said.

Vardhan, a doctor himself, had been in charge of the health ministry as well as the science and technology ministry as the COVID pandemic broke and then India worked to develop vaccines.

However, his various comments in the middle of the crisis were slammed by many as insensitive and ignorant of the ground reality, even as he strongly defended the government's handling of the situation.

Vardhan had also hit out at the Opposition for its criticism of the government on the handling of the pandemic, often accusing former Congress chief Rahul Gandhi of politicising the pandemic crisis.

Pokhriyal, who tested positive for COVID-19 on April 21, was admitted to the All India Institute of Medical Sciences (AIIMS) in June again after developing post-COVID complications.

He has resigned from his post citing health reasons, sources said. The former Uttarakhand chief minister had taken charge as the HRD Minister in May 2019.

Dhotre, who represents the Akola Lok Sabha constituency in Maharashtra, was made the MoS for Education, Communications and Electronics and Information Technology in May 2019.

Chaudhuri submitted her resignation in the morning, one of her close aides said. She was elected to the Lok Sabha from West Bengal's Raiganj constituency in the 2019 general elections.

Asked whether he has resigned from the post of Labour Minister, Gangwar answered in the affirmative. "Yes, I have resigned," he told PTI.

His resignation comes weeks after Gangwar had complained to Uttar Pradesh Chief Minister Yogi Adityanath about the situation in his Bareilly constituency, saying officials don't take calls and government health centres send back patients for ''referrals'' from the district hospital.

This will be the first reshuffle in the Council of Ministers by Prime Minister Narendra Modi since he assumed charge for a second term in May 2019.

Modi is expected to bring in young faces and give representation to various social groups and regions in the reshuffle, sources said after ministerial probables met the Prime Minister at his residence.

Some ministers of state, including G Kishan Reddy, Parshottam Rupala and Anurag Thakur, were also there, and they may be elevated, the sources said.