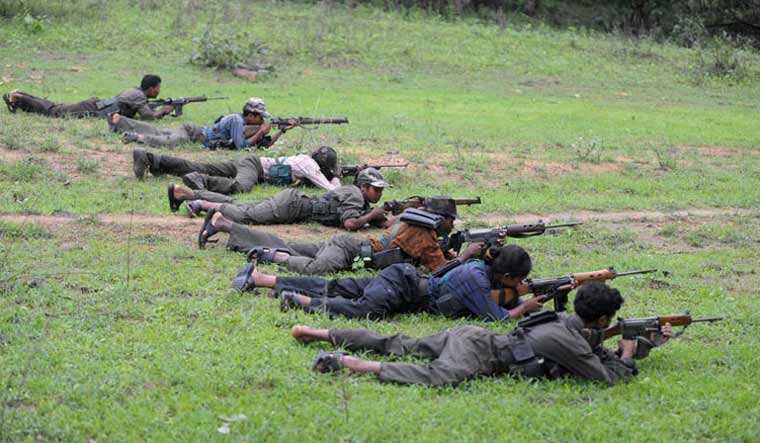 The issue of a police 'encounter' in Silger on the inter-district border of Bijapur-Sukma on May 17 continues to rage with the Maoists now calling a bandh in 'Dandakaranya region' comprising Chhattisgarh and neighbouring Gadchiroli district of Maharashtra, on June 5.

In a press statement, Vikalp, spokesman of the Dandakaranya Special Zonal Committee of Communist Party of India (Maoist), said apart from killing of three persons, including a 14-year-old boy, and injuring 296 persons from 38 villages, some of whom sustained serious injuries (during the May 17 incident), the police also 'made to disappear' nine villagers.

He said the bandh call is against this 'genocide and severe physical assault' on people and to demand the removal of all camps of security forces from across Bastar, including from Silger. The statement also said overall, the agitation was not only against the police but also to save the environment and the natural resources for the posterity.

Three persons were killed on the spot on May 17 after police opened fire at a crowd protesting the setting up of a CRPF camp in Silger. While senior officers have maintained that the police firing was in retaliation for an attack by armed cadres of Maoists who had infiltrated the crowd of villagers and militia cadres sent by them (Maoists), the locals have alleged that the police fired at the protesting crowd of villagers to disperse it.

The issue has raged since the past two weeks with several civil society organisations and activists demanding a judicial probe and criminal case against responsible police officials.

Activists Bela Bhatia and Jean Dreze, who visited Silger to meet the locals, released a fact finding report saying they did not find any evidence that supported the police claim of presence of armed cadres of Maoists at the protest site. They also said the villagers were protesting the setting up of the camp for fear of harassment by the forces.

A Sarv Adiwasi Samaj fact finding team that met the protesting villagers too raised questions on the 'encounter' and demanded judicial probe by a retired judge, FIR by name on police personnel involved in the May 17 incident, punishment according to law for all those found guilty, release of all innocents arrested and sent to jails, removal of Silger camp and setting up of anganwadi,

Hundreds of villagers from 22 nearby villages, meanwhile, continue to protest before the Silger camp. Sukma district collector has already ordered a magisterial probe into the May 17 incident to be undertaken by deputy collector and executive magistrate Rupendra Patel. The investigating officer is expected to submit his report to the government in a month.

Meanwhile, a woman Maoist, carrying a reward of Rs 2 lakh, was killed in an encounter with District Reserve Group (DRG) personnel in Gidam police station area of Dantewada district on Monday. The slain Maoist has been identified as Vaiko Pekko of Pelwaya in Bhairamgarh. She was a member of the PLGA Platoon Number 16, sources said. A country-made gun, improvised explosive devices, Maoist uniform and other material was recovered from the encounter site.

Superintendent of police of Dantewada Abhishek Pallav confirmed the encounter and death of the woman Maoist to the media.