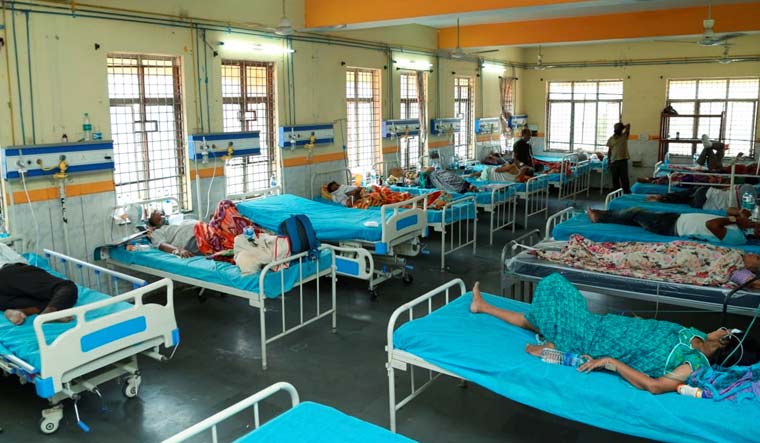 The Bengaluru Police have arrested a close aide of Bommanahalli MLA Satish Reddy in connection with the alleged bed allocation scam involving officials in-charge of a COVID-19 War Room of the Bruhat Bengaluru Mahanagara Palike (BBMP). The scam, first exposed by BJP MP Tejasvi Surya on May 4, had sparked off a political storm in Karnataa.

Babu, a personal assistant of Reddy, was arrested by the Central Crime Branch police on Tuesday after the investigators examined the CCTV footages of the War Room and the statements given by the staff members.

Interestingly, Reddy was one of the two MLAs who had accompanied Tejasvi Surya when he visited the South Zone War Room before alleging a scam in allotting bed to COVID-19 patients.

Surya had alleged that hospitals in Bengaluru ''blocked'' beds in fake names to make money, at a time when COVID-19 cases were rising in Karnataka. He said officials of the BBMP ''colluded'' with private nursing homes and hospitals to block beds and reserve it for exorbitant fees.

Police have already arrested five people— Nethravathi, Rohith, Venkat Subba Rao, Manjunath and Punith— in connection with the case. The sleuths had conducted searches in the War Room and obtained technical data. Doctors, who are in charge of each zone war rooms, had also been questioned.

The Congress party had earlier alleged that Reddy was the kingpin of the scam and demanded his resignation.