A former journalist, Veena George is a two-time legislator from Aranmula 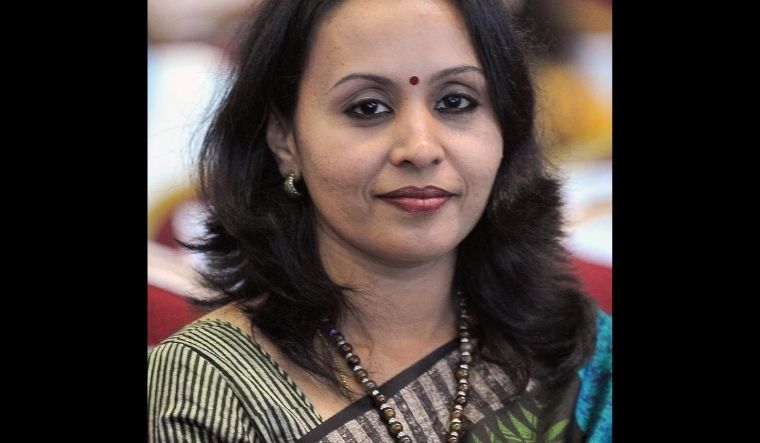 Two-time legislator Veena George will succeed Kerala’s world renowned health minister K.K. Shailaja in the Pinarayi Vijayan government 2.0. George, who won from the Aranmula constituency of Pathanamthitta, is among the 11 women MLAs elected to the Kerala assembly.

This is the second innings for George as a legislator from Aranmula. Prior to her political stint, she was a journalist, with a career spanning 16 years. In 2015, she was the first woman to head a media organisation in Kerala when she became the executive editor of Malayalam news channel TV News. She has previously worked with Kairali, Manorama and Indiavision.

The 44-year-old leader made her political plunge in 2016 when she was fielded by the LDF from Aranmula. She secured a majority of over 7,000 votes then, but this time she bettered her performance with a majority of around 19,000 votes. In the Lok Sabha election of 2019, she contested from Pathanamthitta for the LDF, but lost to UDF's Anto Antony by a margin of 44,243 votes.

Born in Thiruvananthapuram, George’s father was an advocate. She has a post graduation in Physics from Government College for Women, Thiruvananthapuram. She is married to George Joseph and the couple has two kids.

The portfolio allocation comes a day after the CPI(M) faced flak from various quarters for dropping Shailaja, whose handling of the health portfolio gained world recognition. Hence, George has big shoes to fill as she takes up the charge of the health ministry.