Who is Soumya Santosh, the Kerala woman killed in Israel after Palestine militants fire rockets? 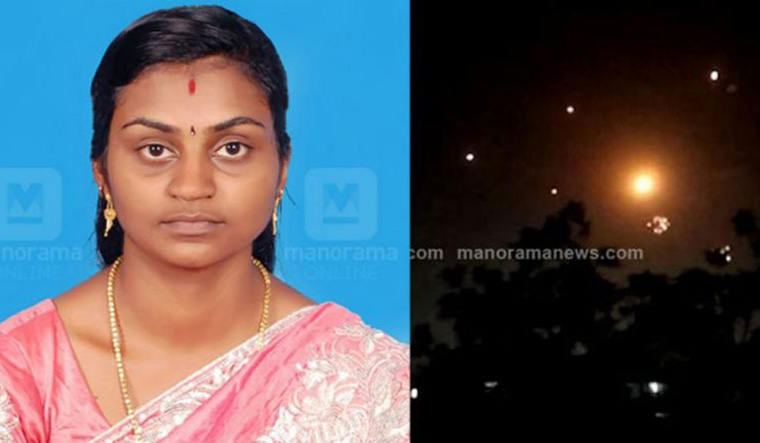 A 30-year-old Indian woman in Israel has been killed in a rocket attack by Palestinian militants from Gaza, according to officials. Soumya Santosh, who hailed from Kerala's Idukki district, worked as a caregiver attending to an elderly woman at a house in the southern Israeli coastal city of Ashkelon. Ashkelon, which borders the Gaza Strip, has come under a massive fire from the Palestinian militants.

At least 31 people were killed in spiralling violence till 9pm (local time) on Tuesday as Gaza-based militants fired hundreds of rockets on Israel since Monday evening. Israel has carried out hundreds of air strikes at Hamas targets in the coastal strip.

Soumya was said to be living in Israel for the last seven years. She has a nine-year-old son whom she had left with her husband in Kerala. Her 80-year-old elderly charge is said to have survived the direct hit on the house and is hospitalised in a serious condition, local media reports said. Soumya is the daughter of former Kanjikuzhy panchayat member Satish and Savithri. Her last visit to Kerala was in 2017. The deadly rocket attack directly struck the house of the elderly woman.

Channel 12 reported that the rocket shelter was at least a minute's run away from the woman's home and the pair could not manage to reach it in time. The home lacked a fortified room of its own.

Some media reports said that a technical glitch with an Iron Dome battery (an all-weather air defence system that intercepts and destroys short range rockets) during the massive rocket barrage towards the Israeli coastal city prevented some rockets from being intercepted and may have been responsible for the casualties and deaths. Ashkelon's Mayor Tomer Glam said that some 25 per cent of the residents do not have access to a protected area when rockets are fired at the city. It is impossible when normal life becomes a state of emergency within minutes, Glam told Army Radio.

There are houses from the 1960s where there is no basic protection. It is time for treasury officials and decision-makers to understand what is happening here in the city, he stressed. Israel's ambassador to India Ron Malka on Tuesday took to Twitter to condole the Indian woman's death. "On behalf of the state of Israel, I convey heartfelt condolences to the family of Ms. Soumya Santosh, murdered by Hamas indiscriminate terror attack on innocent lives. Our hearts are crying with her 9-years-old son that lost his mother in this cruel terrorist attack," he said in a tweet.

According to Soumya's family in Kerala, she was talking to her husband Santosh over a video call in the evening when the incident took place. "My brother heard a huge sound during the video call. Suddenly the phone got disconnected. Then we immediately contacted fellow Malayalees working there. Thus, we came to know about the incident," Santosh's brother Saji told PTI.

Newly-elected MLA and Nationalist Congress Kerala leader Mani C. Kappan condemned the incident. In a Facebook post, Kappan, who is representing Pala seat in the Kerala Assembly, said thousands of Keralites working in Israel were living in fear. He also sought an intervention of the Central and state governments.