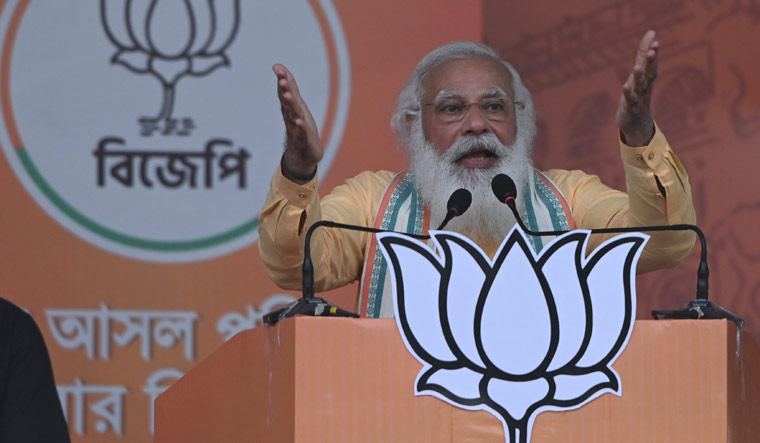 Since Independence Day last year, Facebook has faced regular questions about its purported proximity to the BJP. Then, The Wall Street Journal had reported that a senior Facebook executive had opposed acting against inflammatory content linked to the BJP.

On Wednesday, multiple social media users claimed Facebook had blocked a hashtag calling for resignation of Prime Minister Narendra Modi due to the alleged mishandling of the COVID-19 situation.

According to reports, a hashtag calling for the resignation of Prime Minister Narendra Modi was briefly blocked on Facebook on Wednesday. Users searching the hashtag were given a message that said such posts were "temporarily hidden here" because "some content in those posts goes against our Community Standards".

On Thursday, Facebook responded to the outrage by claiming it had temporarily blocked a hashtag calling for the prime minister's resignation "by mistake" and that it wasn't done on government orders. The development comes amid reports that social media companies are being asked to remove posts that are critical of the Modi government's handling of the coronavirus pandemic. "We temporarily blocked this hashtag by mistake, not because the Indian government asked us to, and have since restored it," a Facebook spokesperson said in a statement.

However, opposition figures were not, seemingly, impressed by Facebook's response. The Congress Twitter handle put up a cryptic tweet at noon, sharing a report on the issue. The Congress tweeted, "The art of 'oversight' mastered, the BJP is quick to pass on bad habits." Earlier this month, Finance Minister Nirmala Sitharaman was trolled for claiming that a cut in interest rates on small savings was due to "oversight". The Congress's reference to oversight appears to be inspired by that comment of Sitharaman.