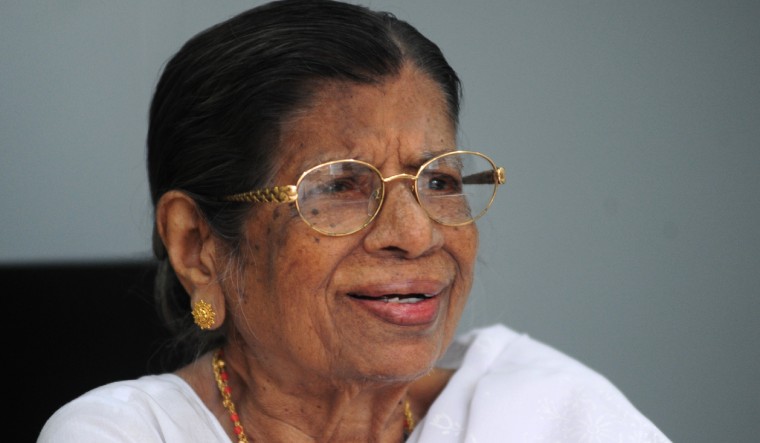 Former minister and veteran Communist leader K.R. Gowri Amma has been hospitalised in Thiruvananthapuram after she developed a fever and breathing problems, according to reports. Her condition is currently said to stable and she tested negative for COVID-19.

The News Minute reported that 101-year-old Gowri Amma was admitted to a private hospital in the state capital and was in the Intensive Care Unit undergoing treatment. Her niece Beena Kumari has said that her condition was improving.

Gouri Amma had recently stepped down from the state general secretary post of the Janadhipathya Samrakshana Samithi citing health reasons.

Gouri Amma was the revenue minister in Kerala’s first democratically elected Communist government, headed by E.M.S. Namboodiripad, in 1957. She played an important role in the rise of Communism in Kerala.

She was married to Communist leader T.V. Thomas, who was also the state’s minister for labour and transport in the Namboodiripad administration.

She is the longest-serving MLA of the state after K.M. Mani, the late Kerala Congress (M) leader. She contested in 11 Assembly elections and won eight times. She has handled an array of portfolios as a minister in 1957, 1967, 1980 and 1987.