Bus strike in Karnataka from April 7

The unions are demanding implementation of Sixth Pay Commission 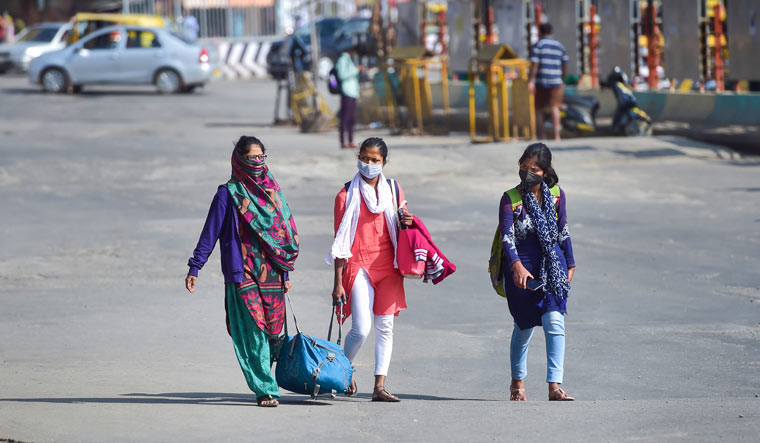 The state government has proposed a pay hike of 8 per cent, citing huge financial implications in implementing the Sixth Pay Commission. The government also warned the transport workers of invoking the Essential Services Maintenance Act and Disaster Management Act if they strike work and congregate in the state capital, which is witnessing a second wave of the COVID-19 pandemic. However, the workers led by Hasiru Sene leader Kodihalli Chandrashekhar, have decided to go ahead with the strike till their demands are met.

Last December, the employees of the four state corporations had launched an agitation demanding that they be considered as government employees, death compensation of Rs 30 lakh for those on COVID-19 duty, rectification of disparity in the wages, protection from harassment from senior officials, and implementation of Sixth Pay Commission. The government had fulfilled a majority of these demands by extending health insurance, bata, death compensation for COVID-19 warriors, introduction of human resource management system to prevent harassment by senior officers, inter-corporation transfers and reduction of probationary period from two years to one year. However, the government refused to implement the Sixth Pay Commission, which is estimated to cost the exchequer an additional Rs 2,500 crore.

Transport Minister and Deputy Chief Minister Laxman Savadi urged the transport employees not to strike work, saying it would inconvenience the commuters.

"The transport corporations had around one crore daily commuters in pre-COVID-19 days.  But now, the number of passengers has reduced to 65 lakh and the second wave of COVID-19 threatens to further affect the revenue. Last year, the government bailed out the corporation by providing Rs 1,980 crore to pay the salaries and the fuel cost. We fulfilled almost all the demands made by the workers unions. But now, we are in no position to implement the Sixth Pay Commission. Instead, we are appealing before the Election Commission to allow us to hike the salaries by 8 per cent as the Model Code of Conduct is in place owing to the upcoming bypolls," said Savadi.

Chief Minister B.S. Yediyurappa reiterated that the pay hike as per the Sixth Pay Commission was not possible as it had huge financial implications. "We have fulfilled eight out of the nine demands. We have paid the salaries despite the financial crisis due to the pandemic. The transport employees should not be adamant. They must call off the strike as it inconveniences the common man. We are considering a pay hike of 8 per cent," said Yediyurappa.