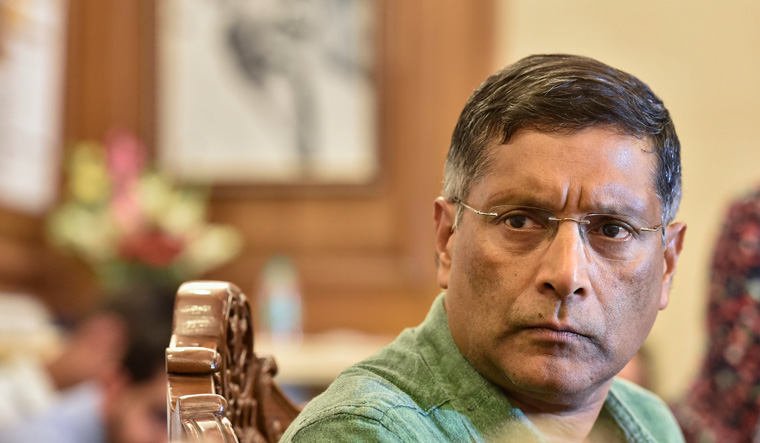 Just days after noted columnist and political scholar Pratap Bhanu Mehta quit from Ashoka University, India's former CEA and economist Arvind Subramanian has followed suit. In his resignation letter, Subramanian cited circumstances involving Mehta's resignation and the fact there was a "lack of space for academic expression and freedom" for his exit.

"That even Ashoka—with its private status and backing by private capital—can no longer provide a space for academic expression and freedom is ominously disturbing. Above all, that the university’s commitment to fight for and sustain the Ashoka vision is now open to question makes it difficult for me to continue being part of Ashoka," Subramanian wrote in his letter addressed to the University Vice-Chancellor Malabika Sarkar. The letter was reproduced by The Indian Express.

Subramanian had joined Ashoka University in July last year as a professor in the department of economics. He is also the founding director of the new Ashoka Center for Economic Policy, devoted to researching policy issues related to India and global development.

According to Subramanian's letter, his resignation will come into effect at the end of this academic year.

Prior to his academic stint, Subramanian was appointed CEA on October 16, 2014 for a period of three year and was given an extension in 2017. However, he had quit the job with close to one year of his tenure remaining and returned to the US. Subramanian's official contract was till May 2019.

Mehta, who had headed the think-tank Centre for Policy Research, has long been a vocal critic of the ruling dispensation. In July 2019, Mehta had resigned as vice-chancellor of the university. However, he continued to teach there as Malabika Sarkar, the then principal adviser of the Ashoka University, was appointed as its vice-chancellor.

His exit has been linked to his criticism of the BJP government at the Centre.