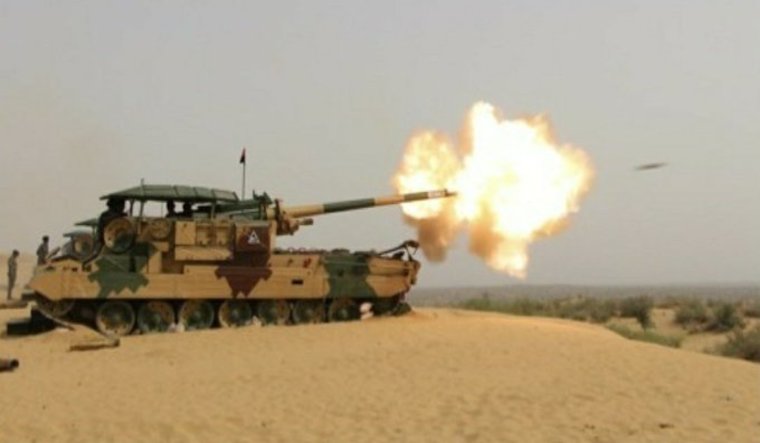 Customary firing of the last salvos was done at a ceremony at Mahajan field firing ranges in Rajasthan, close to border with Pakistan.

“These weapon systems, having been in the inventory of the Army for close to 60 years, have been decommissioned to make way for newer equipment employing the latest technologies,” an Army statement said.

The 130mm catapult, inducted in 1981 with a range of more than 27 km, was a successful merger of two existing weapon systems, Vijayanta tanks and 130mm M-46 guns. “This hybrid platform was a response to the need for a mobile artillery gun system to support strike formations on the Western borders, after the 1965 and 1971 wars,” the Army said.

The 160mm Tampella mortars, with a range of 9.6km, were inducted after the 1962 war with China to “fulfill the need for a weapon system to clear high crests of the northern borders.” Originally an import from the Israeli Defence Forces, this mortar was successfully deployed on the Line of Control (LoC) in the Leepa valley and the Hajipir Bowl and played a crucial part in maintaining the sanctity of the LoC,” the Army added.

These mortars also played a significant part in the 1999 Kargil war.

The Indian Army’s artillery regiments have witnessed induction of new guns including M777 and K9 Vajra.

Thirty years after Bofors gun saga, two more artillery guns — the K9 Vajra of the Indian-South Korean make and US sourced M777 Ultra Light Howitzers — were inducted into the Indian Army in 2018.

Last month, the Army got the delivery of 100th guns of the 155mm, 52 calibre K9 Vajra and some of them were deployed in Ladakh sector amidst tension with China on LAC. Guns are built by L&T with technology transfer from South Korean defence major Hanwha Defense, and is based on its K9 Thunder.

The Army is expected to get all the 145 Howitzers M777 by the end of this year.

Simultaneously, an indigenous 155mm/52 calibre towed gun system ATAGS is being developed by the Defence Research and Development Organisation (DRDO) along with two private-sector firms.